When you look at Fridley’s city boundaries, you’ll notice it’s more of a “portrait” layout than typical square or “landscape” shape. 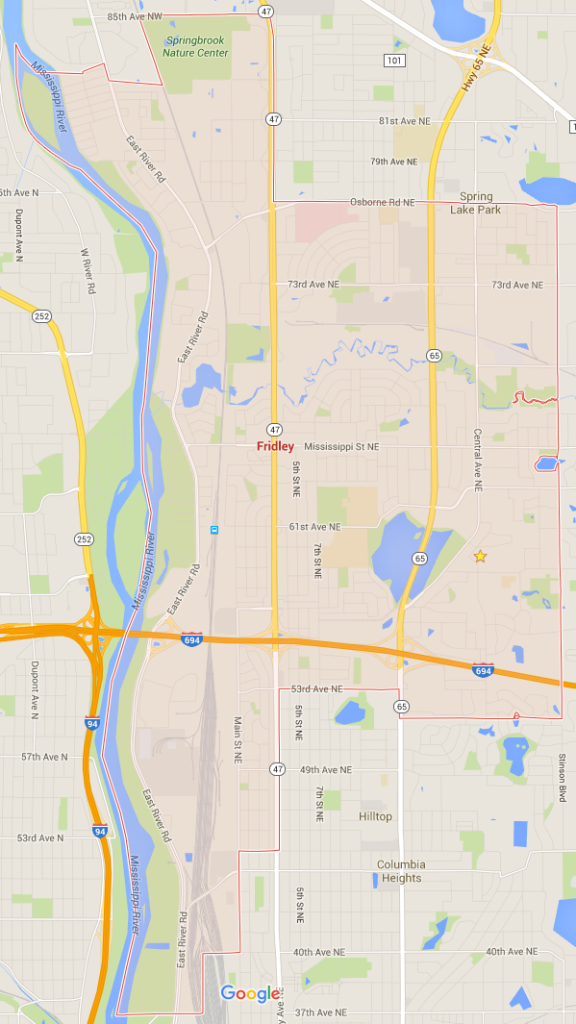 Given the relatively narrow width, east-west travel would seem quick and easy. However that’s not the case because the city is divided into 3 by two state highways, MN-65 & MN-47. The segregation effect that these highways have on our community is immediately apparent by looking at our political wards: 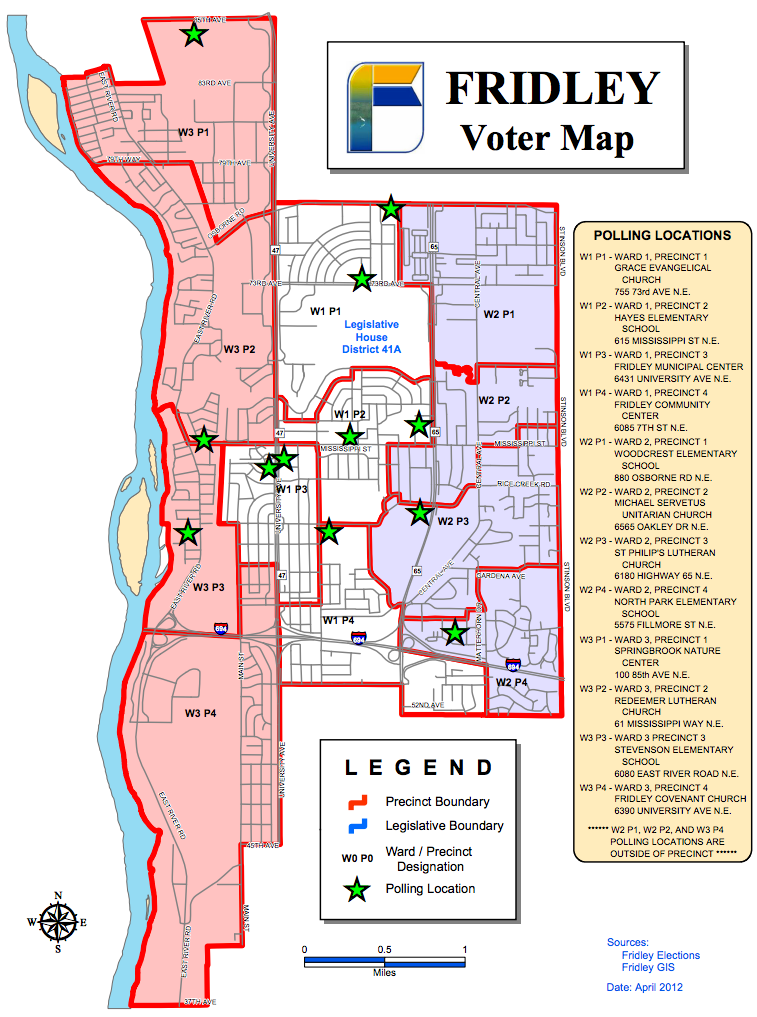 We seem to have reached peak car, and MnDOT budget shortfalls have been the norm for many years. It’s time to start “Doing Less With Less.” Less cars means we need less roads, but Fridley could use more streets. Confused? Let’s take a look at some history.

Looking at our Neighbors

Our neighbor to the south, Columbia Heights has been around longer, having been incorporated in 1921. Columbia Heights developed its business corridor around Central Ave., a natural extension of the way the street functions in Northeast Minneapolis. 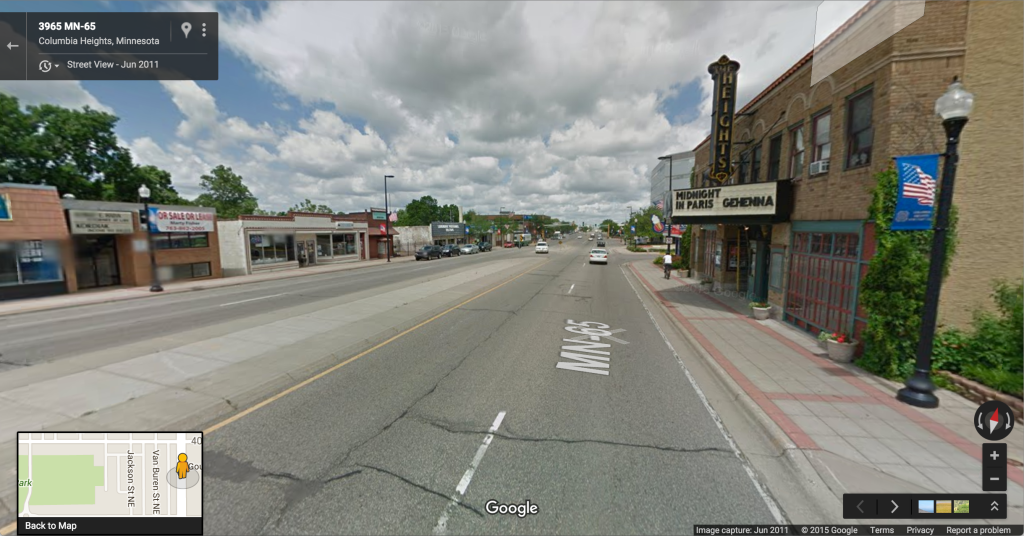 University Ave. through Columbia Heights is much more of a road than a street. It quickly moves traffic at high speed through the rail yards, into and out of the city. 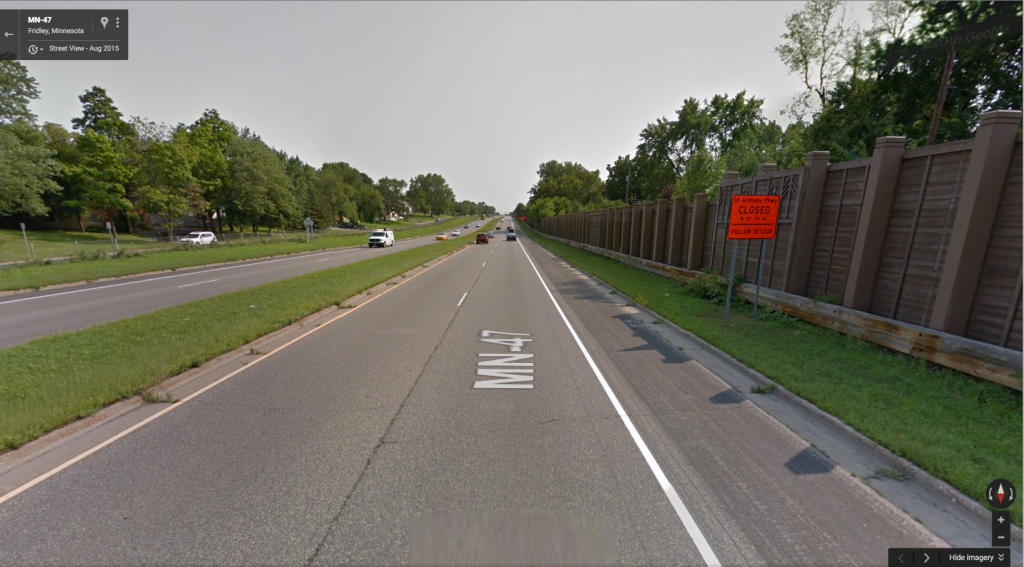 Fridley seems to have evolved differently. Being a classic post-World War II suburb, much of its planning and infrastructure happened in the 1950s. The “old roads” in Fridley were East River Road (original home to Bob’s Produce) and University Ave., where city hall resides. Both of these roads straddle the railroad which the city self-identified with more, before passenger rail travel was abandoned. University Ave. became the de-facto place for Fridley businesses. But through the years MnDOT has made the road steadily wider and faster until today where it has become a place where businesses go to die. 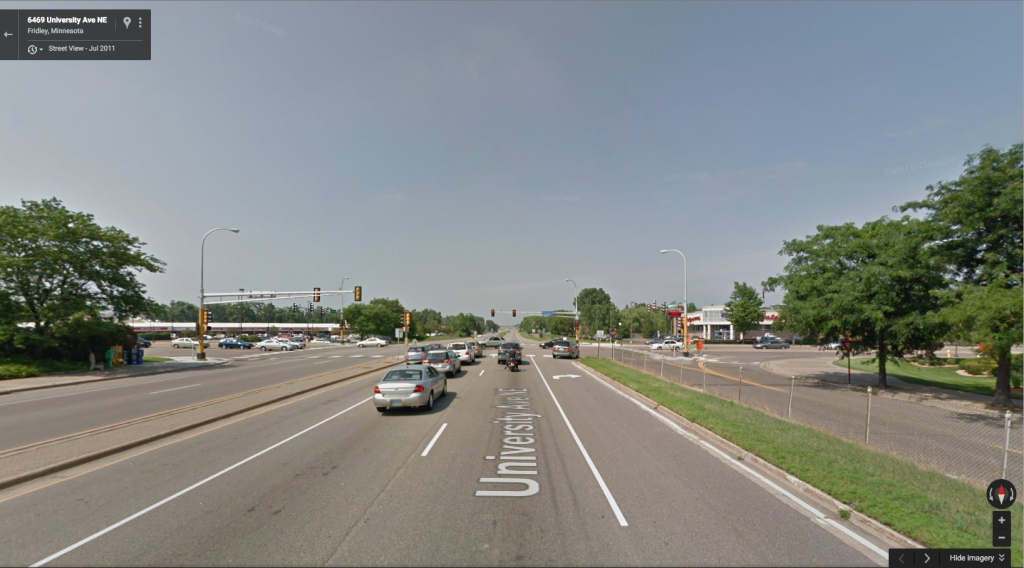 How can we reverse the effects?

Looking over at Central Ave. in Fridley, it has a different history. It wasn’t until 1953 that the “expressway” was added, bisecting Moore Lake. Previously Central Ave. (what Fridley old-timers such as myself call “Old Central”) went around Moore Lake. The “expressway” portion through Fridley is to this day mostly devoid of businesses, looking much more like a road than a street. 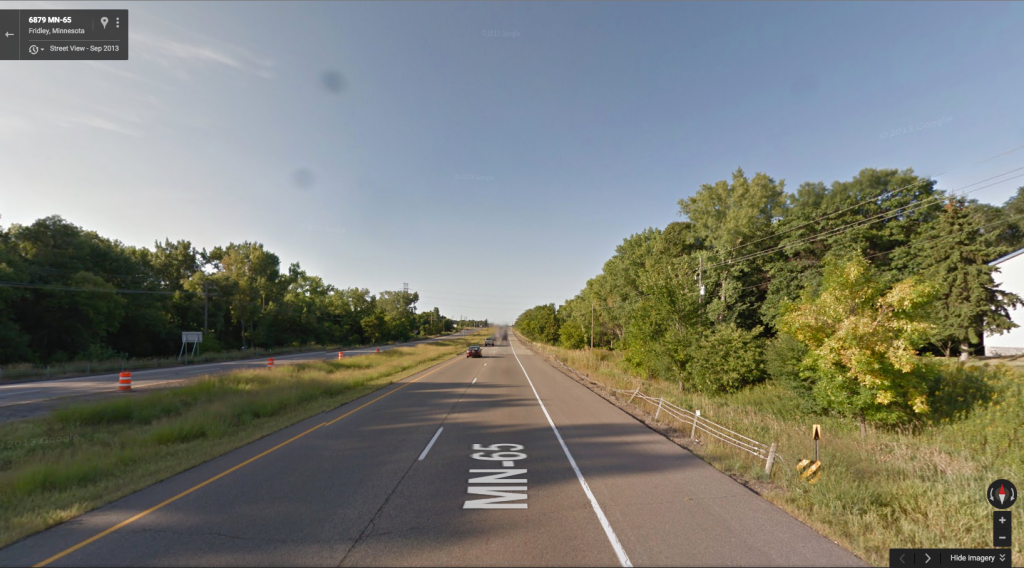 Having two major thoroughfares one mile apart from each other is stupid. They both are within 5mph of each others speed limit and have the same number of traffic lights from 694 to highway 10. They both try to move cars quickly, and they both try to provide business value. But the truth is they’re not doing a good job at either task. We’ve got two STROADs, the futon of infrastructure, not comfortable for sleeping or sitting. Both of these roads are servicing cars moving through Fridley instead of to Fridley. If we use a triage process and make some smart choices, it can be fixed over time. It’s time to assign each of these one (and only one) job and reclaim the value they can offer…

Through my analysis it has become somewhat clear that we should take the cards we’ve dealt ourselves, the path of least resistance. My suggestions is to combine MN-65 and MN-47 on the alignment that is currently MN-65 from Interstate 694 to US Highway 10, as shown by the route below. Combining MN 65 & 47 into one route for a short distance would let the other become an “Avenue” again with actual useful stores, businesses, and residences. Because of the way these roads evolved through the years, it may seem like a circuitous route, but cars are fast and convenient, and so is our road network. 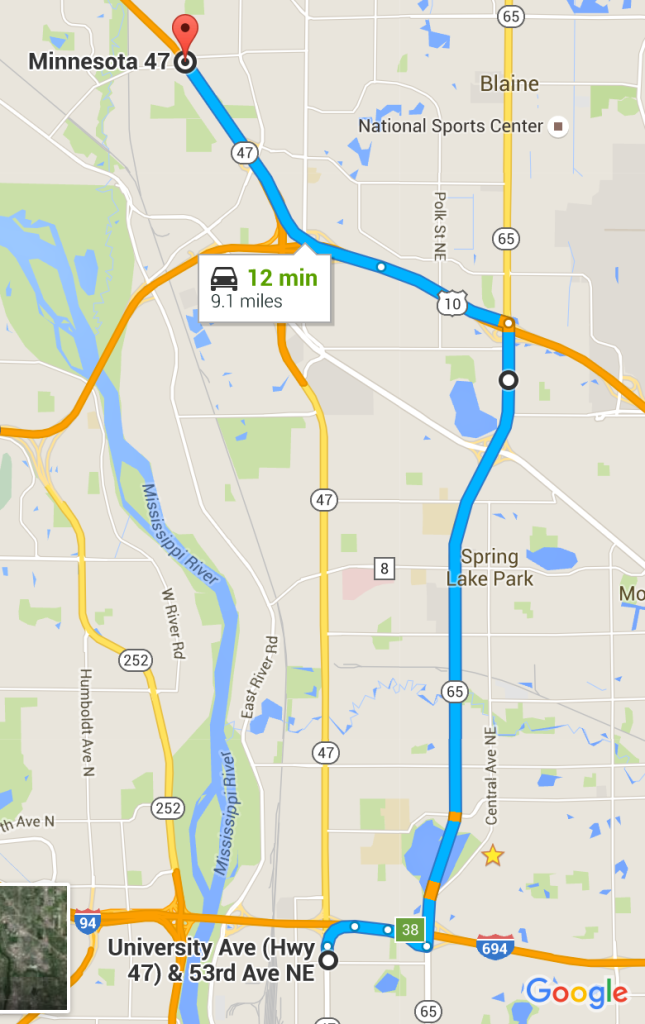 This route highlights a trip from 53rd and University to Egret Blvd. and MN-47/US-10. The “old route”, straight up University, was 1.5 miles shorter and 2 minutes faster, but what is it worth in total to the well being of our city? (2 minutes!)

Central Avenue south of 694 can remain the street it has been, and could even slow itself down and add more development (more value). The same could then occur on University Ave. north of 694. University could be where businesses go to thrive, rather than die.

This change would let both University and Central become useful streets and roads in certain places, but not try to do both at the same time.

One thought on “Friendly Fridley Bold Idea: One and only one highway”