As you already know, I’m a fan of Topeak’s rack systems. They work great for carrying kids, groceries, panniers, etc. I’ve gone through a couple iterations of tail lights from Ax-Man Surplus that I usually just stick to the back of the rack with 3M Very High Bond (VHB) double-sided foam tape and some 3M adhesion promoter.

The foam tape, when used with adhesion promoter, works great for all bumps, jumps and falls. The cheap Ax-Man lights however, left something to be desired. One quit after some moisture got into the housing, the other quit because it was just plain cheap – I’d never paid more than $5 for any of them at Ax-Man.

Since I’d already invested over $100 in my front light, I figured it was time to give the back light some love. The sales rep at my local bike shop recommended a Specialized Stix light. I’m hesitant to buy anything from “The Big S” but the size and specs were good and they had several mounting options. The model I got is the Stix Comp Tail Light. The only difference that I could tell between it and the Stix Sport Tail Light is the Stix Comp has 3 LEDs instead of 2 and a larger battery for longer runtime. Leave it to Specialized to label them with nonsense marketing names like sport and competition. On sale you can get the Stix Comp Tail Light for around $30.

I doubted the rack-mount option would work on my Topeak racks, but I took a chance and bought it anyway since I recalled my rack has a couple of mounting holes: 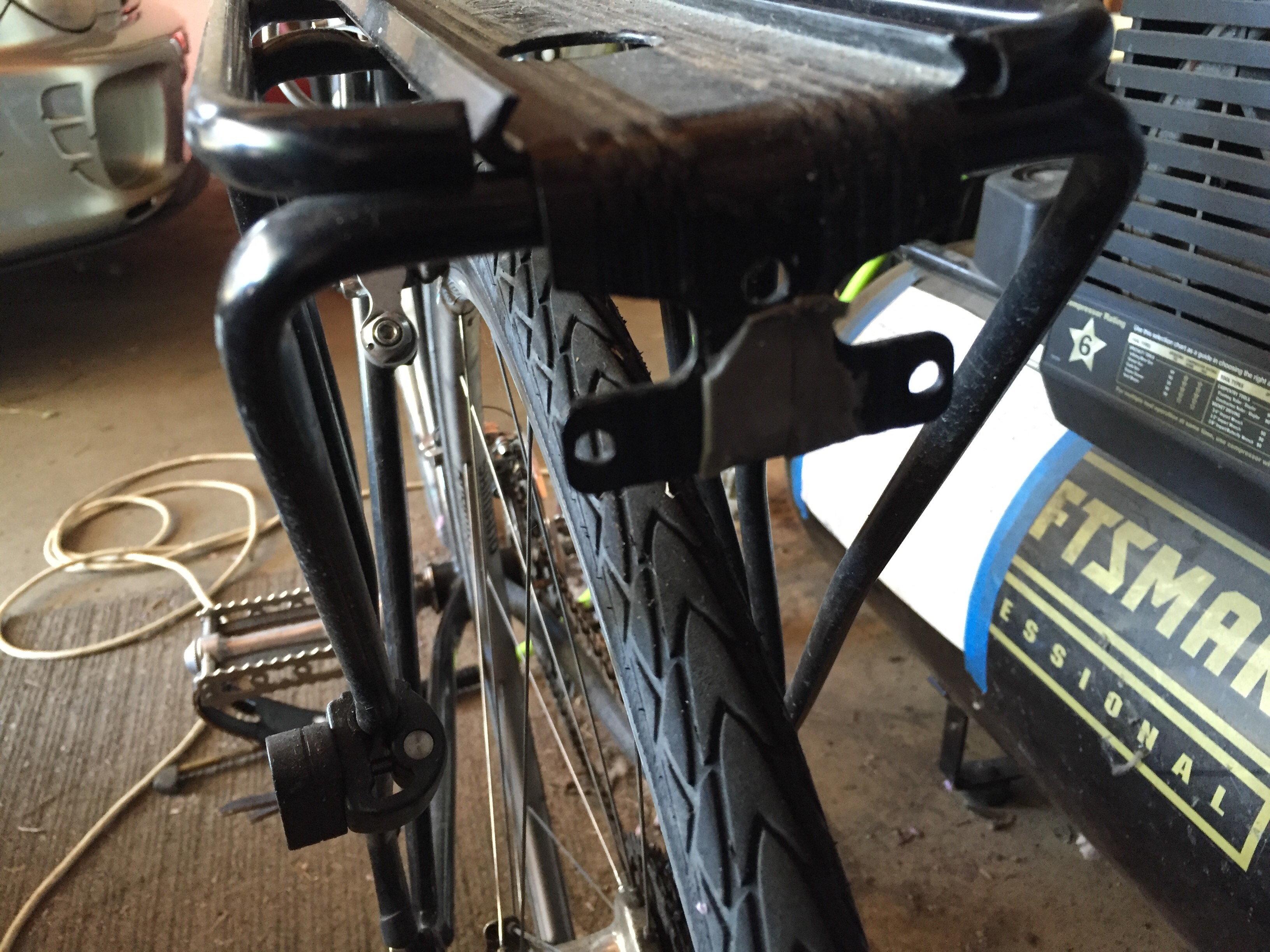 I figured I’d have to drill a new hole to get the spacing right, but the Stix Reflector Mount turned out to be a direct bolt-on fit. 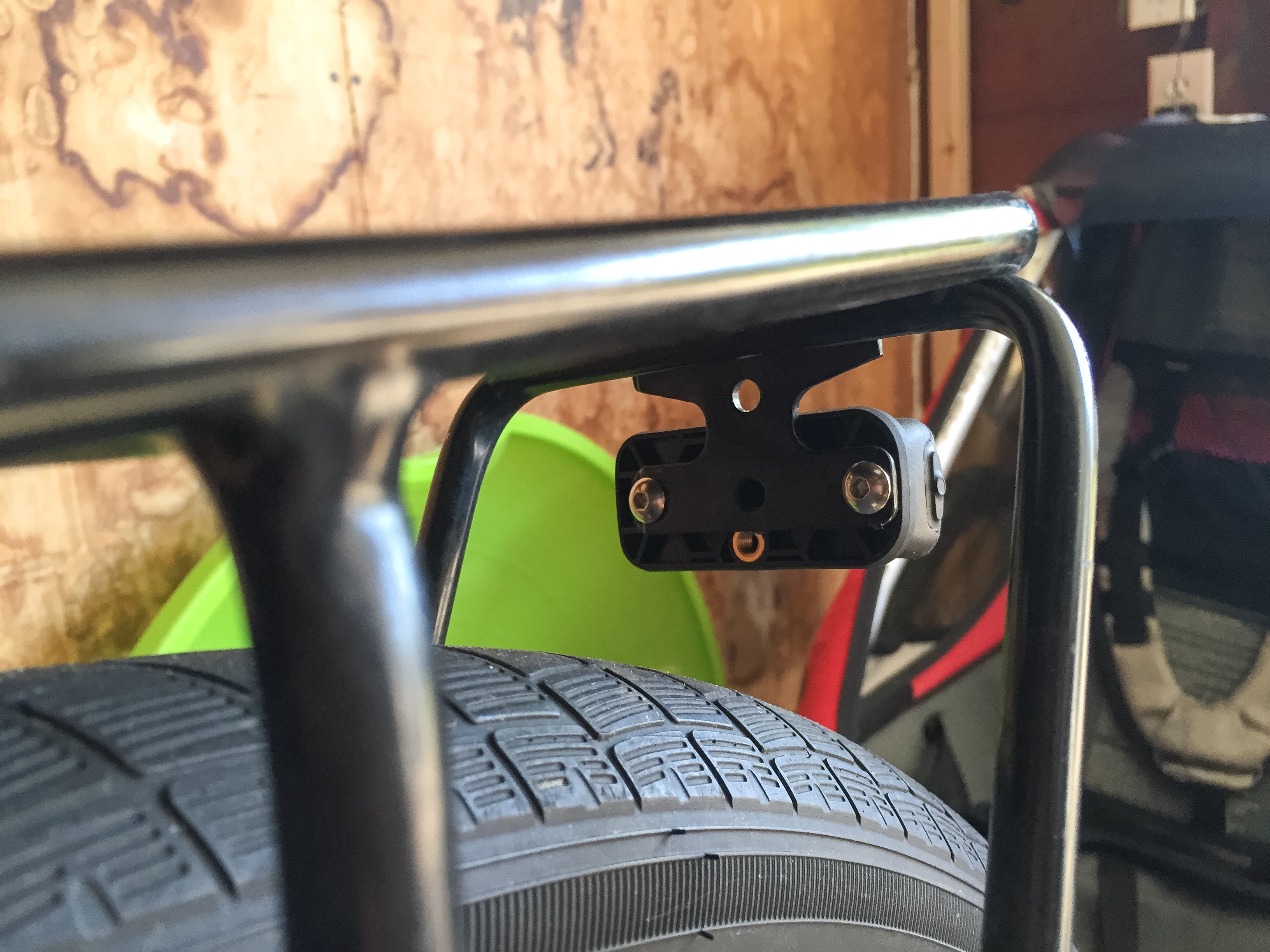 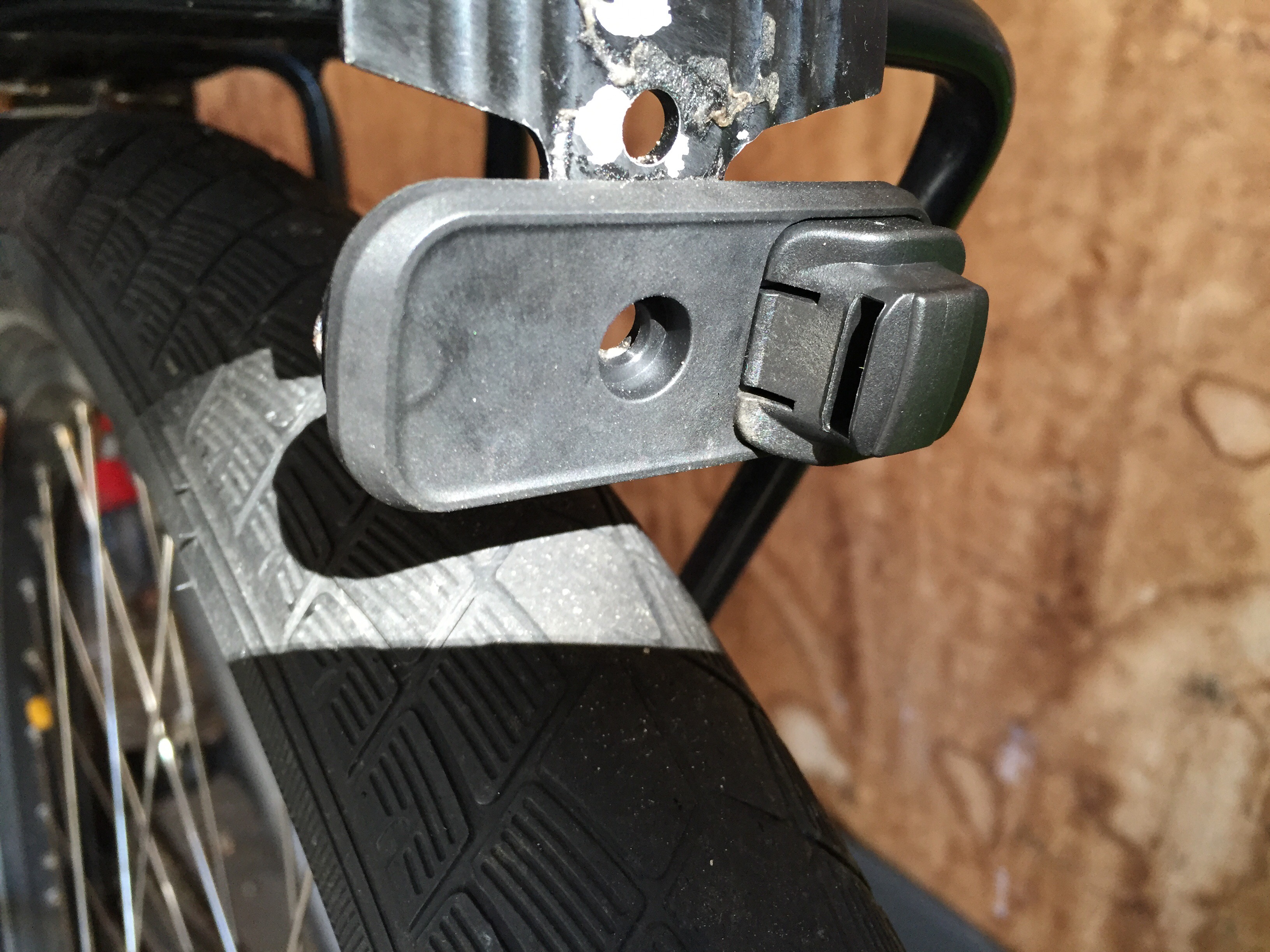 The Stix lights are rechargeable and charge via USB. They conveniently attach to the mount using the USB plug and it’s secured by a rubber hood. 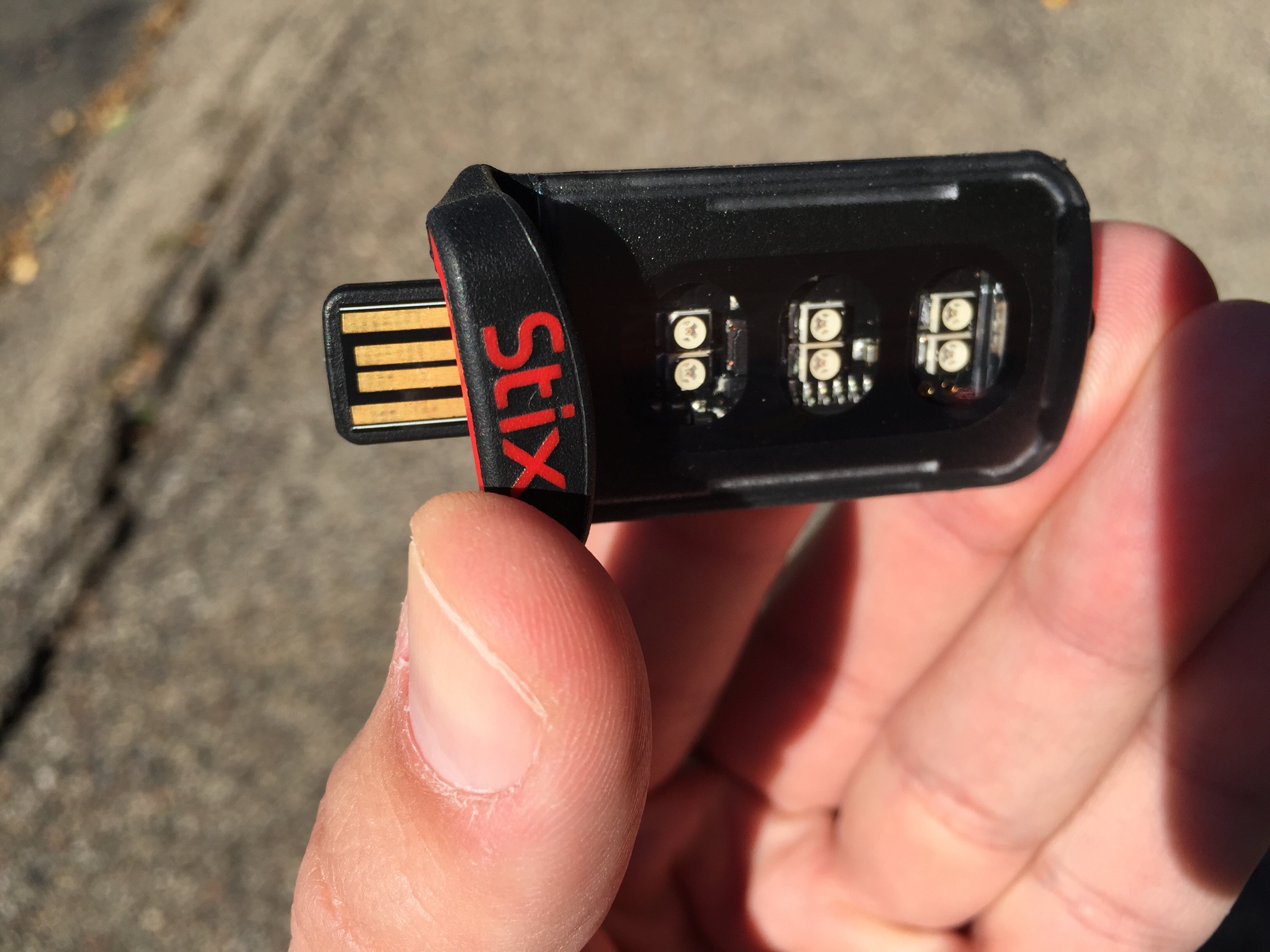 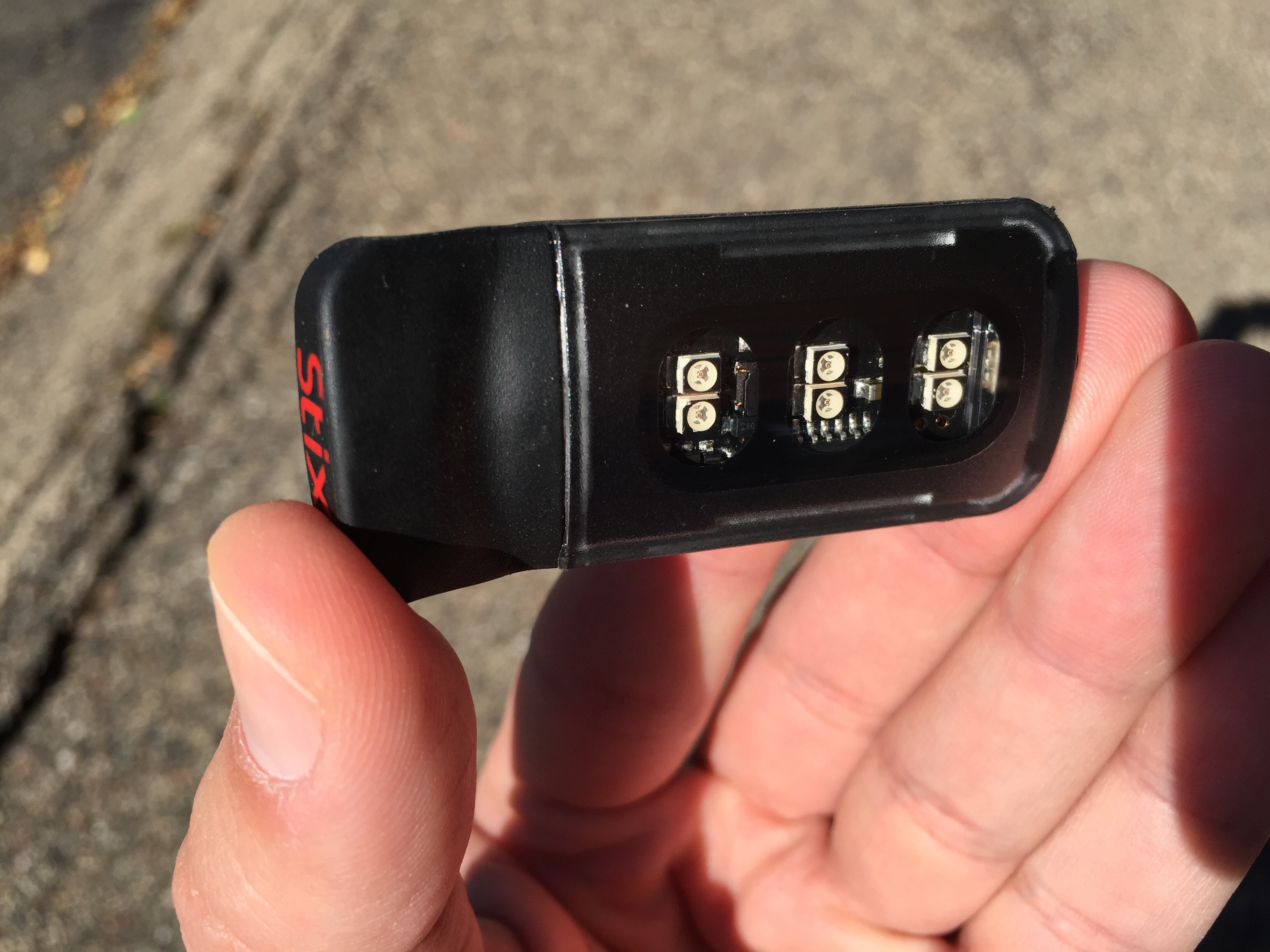 Here’s an animation of how you take install/remove it from the mount:

Also, it has a useful feature where it indicates the charge whenever you shut it off. As you can see in this video, when you do a long press on the button, it shuts down. But before it shuts off, the LEDs will light at half-brightness indicating the charge level. The video shows two LEDs solid with the third blinking, so it’s approximately 83% charged.

This light seems like a great companion to my lithium-ion powered front light. I look forward to putting it through the paces over the winter.