In the fall of 2014 I had the opportunity to assist city officials with bicycle and pedestrian counts. I honestly don’t know where the statistics I recorded go, or if they’re actually used. But some observations I made unrelated to the bike/ped count were intriguing…

I was stationed at East River Road & 61st Way NE in my town of Fridley, right by where my son went to preschool at Stevenson Elementary. Mostly I saw people crossing the road on bicycle to continue down the Mississippi River Trail. There was the occasional jaywalker (a term invented by motordom), mostly people who got off the bus and didn’t want to walk to the signalized intersection, because their home was directly across East River Road. I would have also waited until the coast was clear and done the same myself.

More notably, there were only a handful of elementary students that actually crossed the intersection. Many kids rode the bus, but it seemed like an overwhelming amount were picked up by car. This phenomenon that I witnessed had previously been described to me by none other than the Bike Snob himself. I can’t do it justice, so I’ll let him describe:

This natural imperative to protect our offspring at all costs is behind pretty much all the ills of society: war, income inequality, crying babies in nice restaurants… It’s also behind what I call the “fortification phenomenon,” by which “safety-minded” parents transport their families in motor vehicles of ever-increasing size, forcing other parents to get even bigger motor vehicles to protect their families from those parents, and so on and so forth, resulting in the arms race that effectively drives the American motor vehicle industry, and by extension the Global War Machine.

To see this phenomenon in action, visit your local school in the morning, where you’ll notice that the child drop-off looks less like the traditional idea of a school and more like troop deployment or the United Nations during a summit. Giant SUVs parked three-deep, children ushered solemnly from back seats, crossing guards just to protect the children from the same parents who are dropping them off…

You don’t have to live in New York City to see this strange situation we’ve created. I observed it at this very intersection in suburban Fridley. 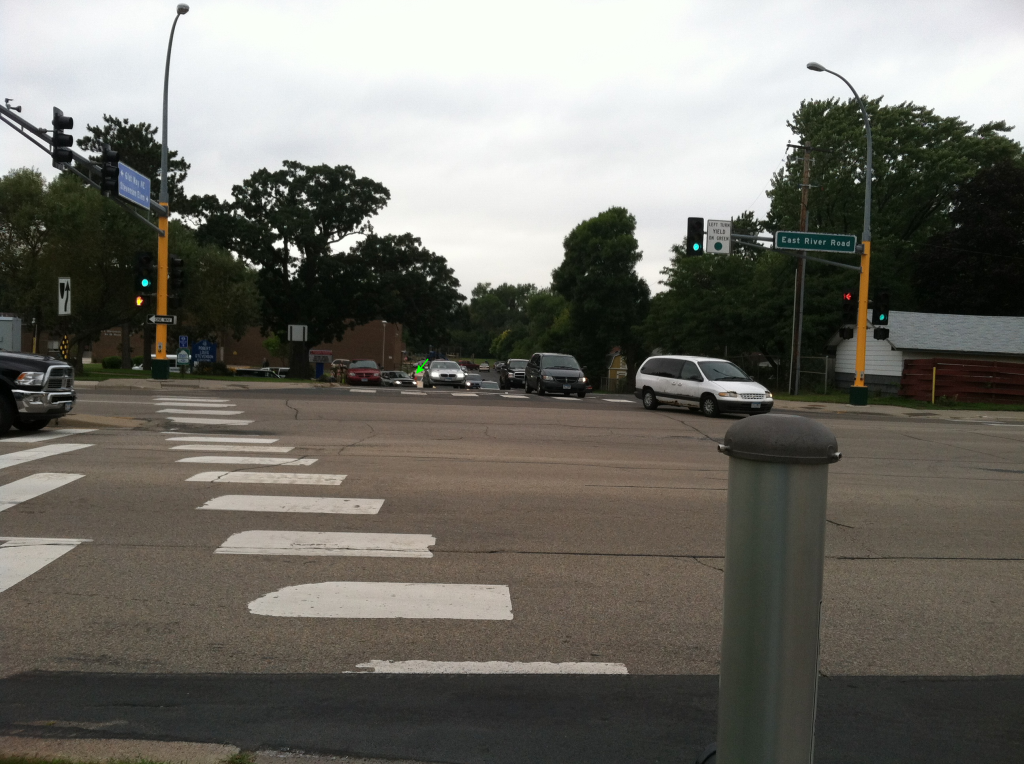 Can’t see the crossing guard among the minivan madness? Here let me zoom in for you: 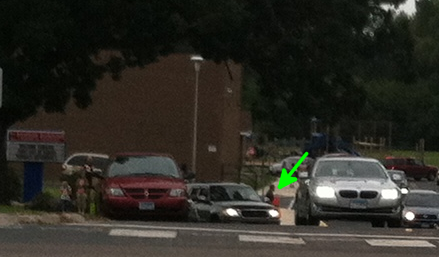 Rather than having the crossing guards at the actual county road crossing, which is more like a highway, they instead manage the “parking lot rodeo.”

The real rub is, if every parent really wanted to drive their kid to school, they shouldn’t worry. It’s the suburbs, we’ve placed a completely unused parking lot with 275 spaces right across the street: 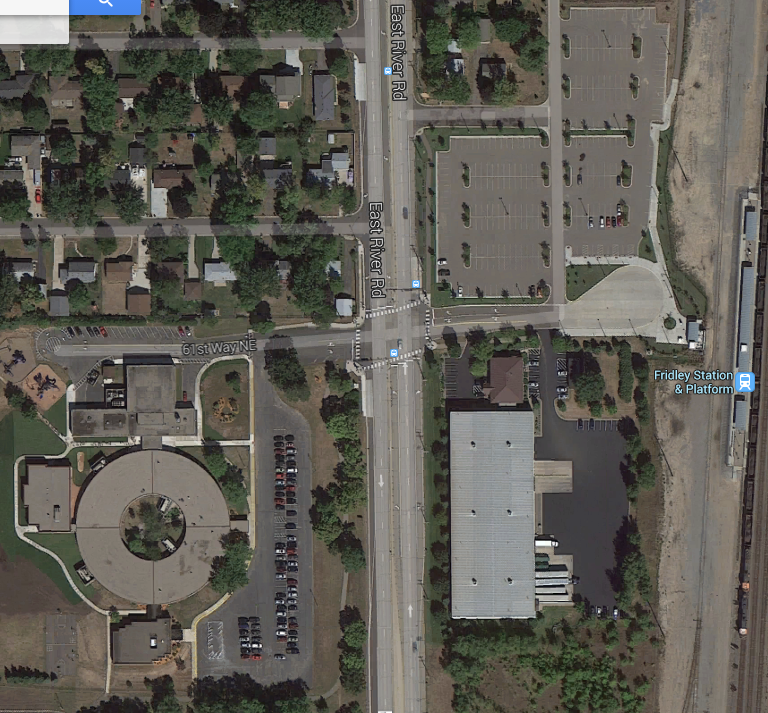 This would mean that the crossing guard would actually have to come up to the actual crossing. Given the speed that vehicles travel on East River Road – well above and beyond the marked 40 MPH, they likely would fear for their own lives, let alone the lives of those they’re trying to protect.

This could be a good thing. Something that could be the harbinger of change. Safety for the children’s sake. It worked for the Netherlands. It could bring about positive changes in road design, and possibly some insight into the fact that all these parking lots we’ve built are financially worthless.