I purchased a Lenovo C109 6-in-1 USB-C hub from Amazon, and here’s its normal state of connection. Clockwise from the top it’s complete with HDMI (adapted to DVI), USB, USB-C Power-in from the Dell power adapter, and Ethernet. 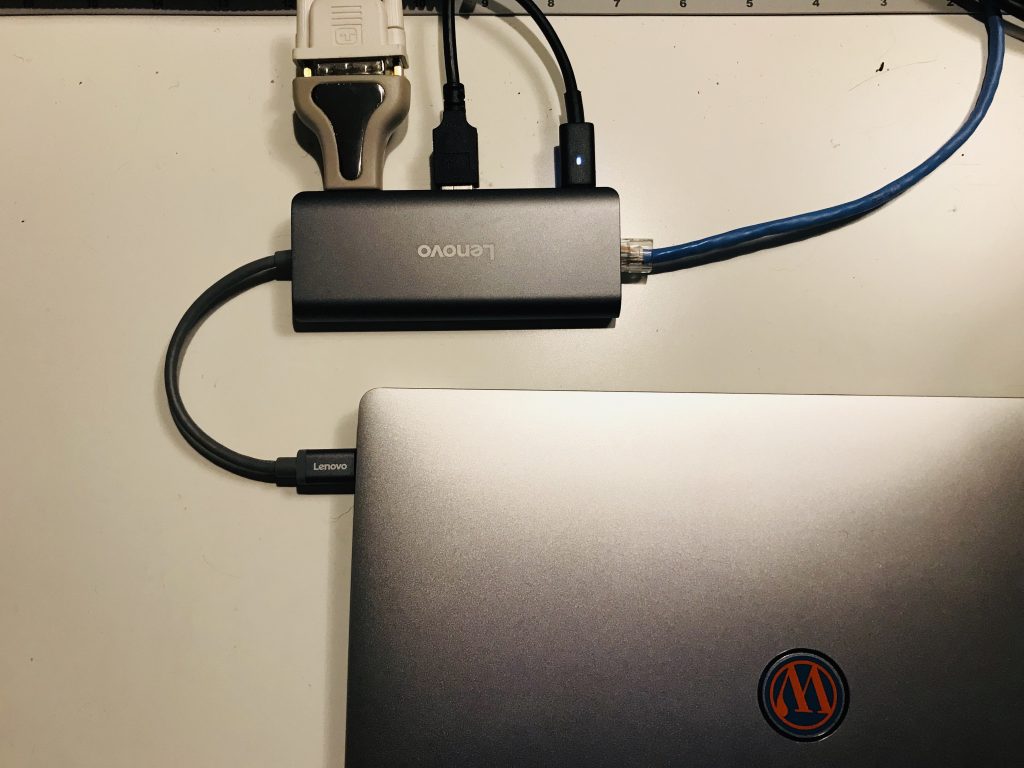 The more I thought about my dislike of dongles, I thought about the alternatives. Laptops are getting so small and that they can no longer fit a standard size Ethernet port on them. So do we get docking stations instead? That sounds decidedly worse. I do like the fact that I can plug the USB-C power input on either side of the laptop (although Dell recommends the upper left port). So, dongles it is.

Remember what the laughing guy said about bringing a bag of dongles everywhere you go? Lenovo must have watched the video as well because they included a nice felt bag 😂 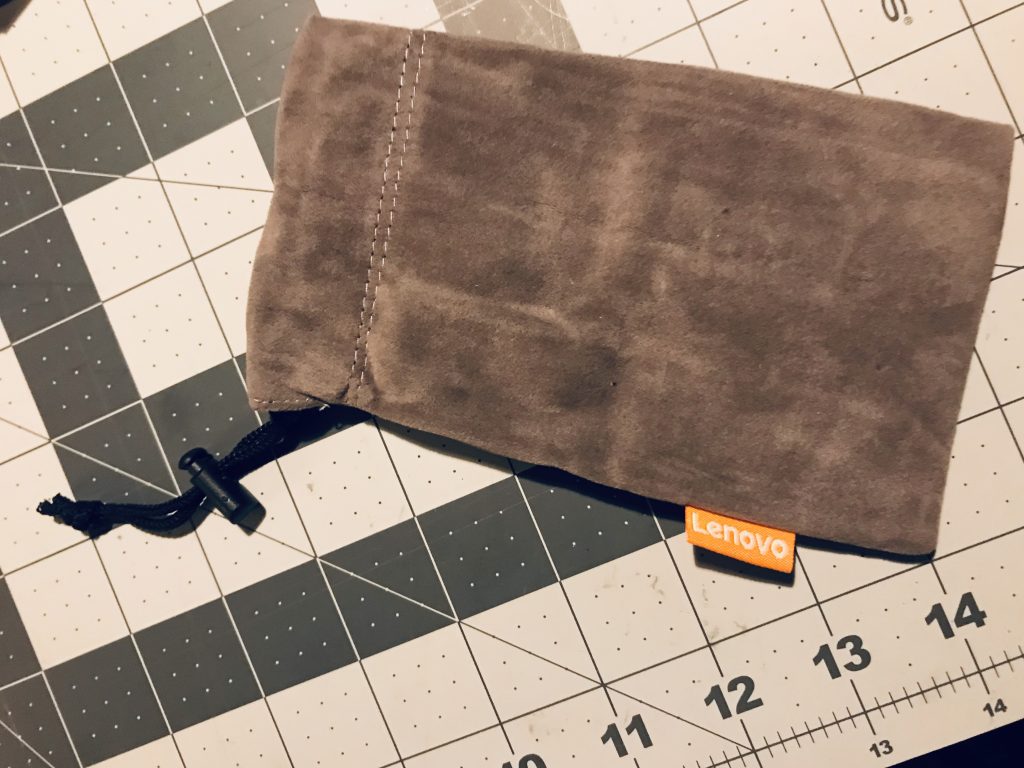 A nice thing is about most USB-C multi-function dongles is they have a USB-C port for power delivery, sometimes labeled “PD”. So you plug your power adapter into that, and the multi-function adapter relays power to your laptop. That way there’s only one thing plugged into the laptop – everything else plugs into the dongle.

Here’s where it goes south…. the multiple functions of the adapters don’t always work. I thought it was just my adapter, but after combing through at least 20 different multi-function USB-C adapters on Amazon, I realized all of them suffer from a collection of these issues:

My issues are with power delivery, wired ethernet, and the external screen coming back after sleep. 😞

I first noticed the issue when I encountered was this BIOS message after rebooting with the dongle plugged in. 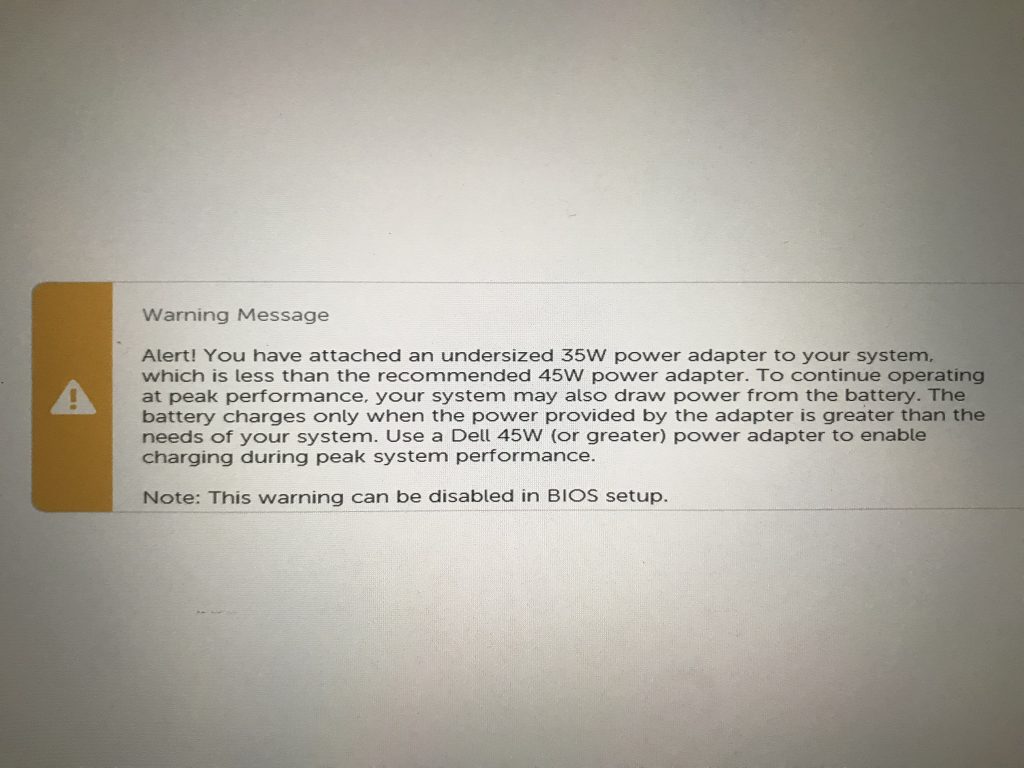 The Lenovo 6-in-1 (and/or the accessories I’ve elected to use) are using enough power to get the BIOS to complain at boot that the power supply is down 10 watts. Thankfully they let you know that this warning can be disabled in the BIOS.

Here’s where you can find the setting in this abomination of a graphical BIOS: 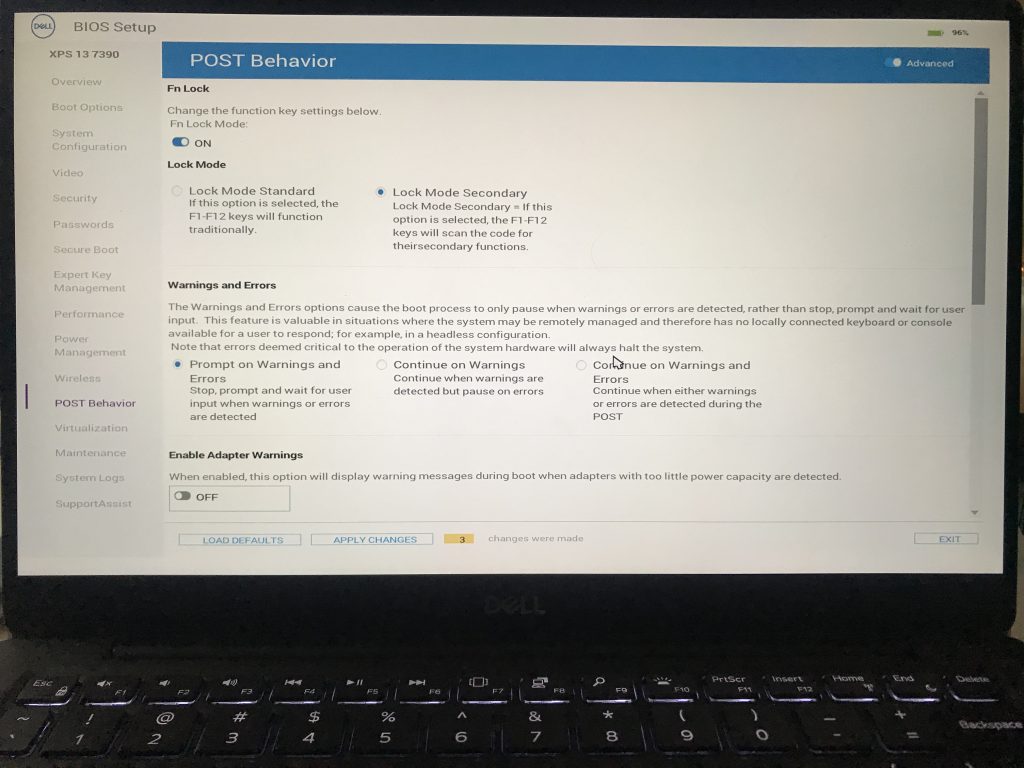 SRSLY – what ever happened to a good old text interface where I could navigate without using the trackpad?!? 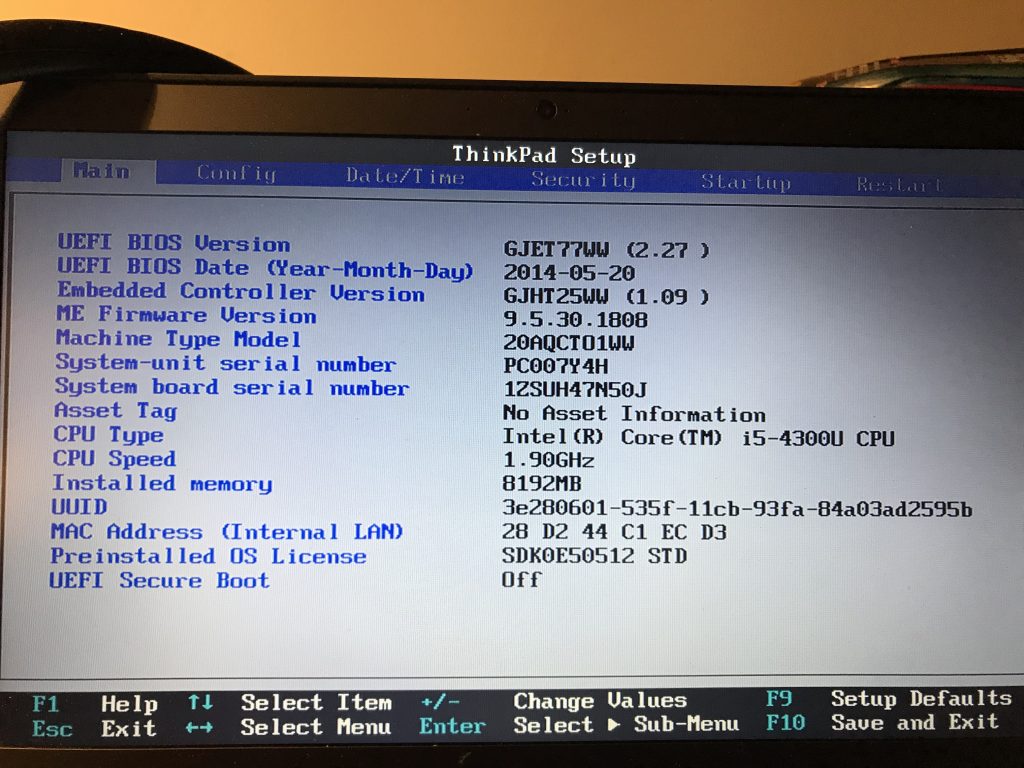 Another power issue I had with the Lenovo dongle is it apparently cannot deliver enough power for my particular USB DVD drive. I have a LG Slim Portable DVD Writer and when it’s plugged into the dongle with a disc inserted it keeps spinning up and then acting like it was disconnected. Then it reconnects and spins up again and disconnects ad nauseum. But if I plug it “directly” into the laptop using the included Dell USB to USB-C adapter, it works fine.

After talking with some co-workers, one solution is to get a monster USB-C adapter like the CalDigit T3 Plus: 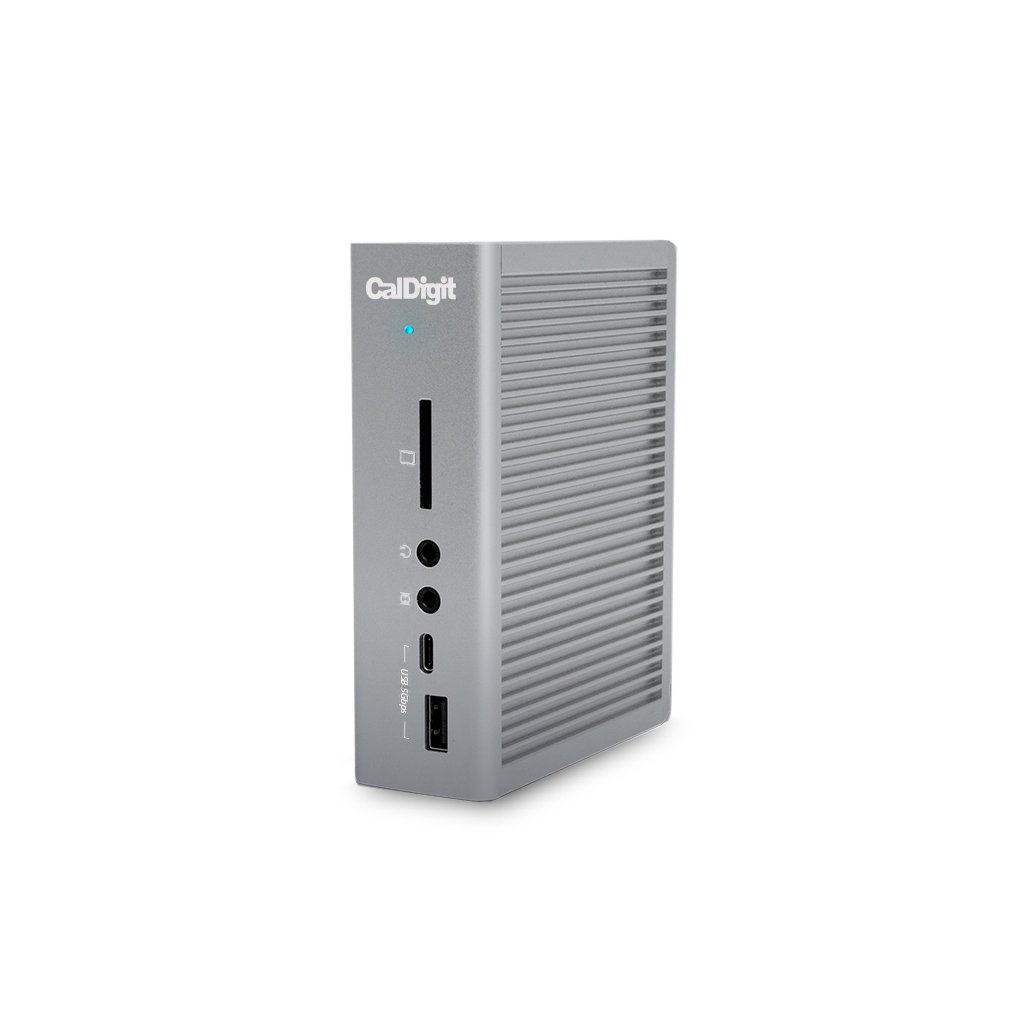 So I guess a docking station-esque adapter it is… at least this one is universal and should connect to any laptop with USB-C.

Have you had any luck with multi-function USB-C adapters? Let us know in the comments what you like and what you don’t.