I used to be a season ticket owner of the Minnesota Vikings. It was expensive. Also the owners seem crooked, and so does the NFL, and many of the players. So when I stopped paying for football season tickets, I replaced them with Minnesota Orchestra season tickets.

That was back in 2013-14, and we didn’t renew the orchestra tickets for the next couple years. Jessi was getting more involved with winter guard, which presented several scheduling challenges. I realized I missed it… dearly.

My Vikings season tickets were $130 per game. They sell you ten games, which is a crock in my opinion because two of the games are preseason and some of those you couldn’t even give the tickets away – let alone selling them for $100. Ten games times two seats was $2700 out the door with fees and everything.

If I did 10 concerts at $26/seat times two it would be $520, probably $550 or less with taxes and fees. It’s 20% of the cost of Vikings tickets, and leaves me feeling far more satisfied. The best part is – I can reliably select the cheapest tickets at Orchestra Hall. Sonically, there’s not a bad seat in the house. 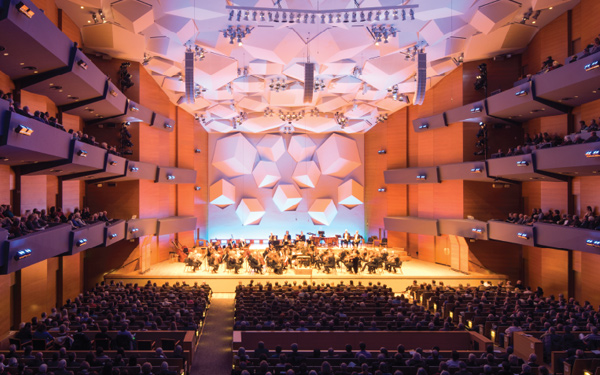 For this season I did a Create Your Own Series where you only need to choose 3 concerts. I set out to choose 6, but ultimately picked 5. It was partly for scheduling reasons, but also because I picked the Empire Strikes Back which was twice the cost of the normal cheap seats.

Still at slightly over $100 for two to watch the whole Empire Strikes Back movie with a live orchestra isn’t bad. It’s less than one seat at a Vikings game which my son would have zero interest in anyway.

Our first visit this season was for the opener. Going back to Orchestra Hall was like visiting an old friend. It’s still mostly old people, but now I’m somewhere in the middle. Jessi and I are less conspicuous visiting the orchestra in our 40s vs. in our 20s when it seemed everyone wanted to know why we were there.

Pro-tip: I learned that you can bring light liquids like Prosecco or white wine into the concert hall, but you can’t bring in red wine or coffee 🤔 I didn’t ask about beer – I will next time.

I was excited for the Requiem for Brass and Percussion and the Grieg Piano Concerto. The orchestra delivered. The crowd was really into it as well, and gave the pianist, Juho Pohjonen, such an ovation that he was compelled to give an encore. 😍

I enjoy Elgar’s Enigma Variations, and my favorite movement is Nimrod. But this piece wasn’t what attracted me to this concert. Maybe it was because I had heard it performed when I had my last set of season tickets. In 2014 they performed it with a voice actor who would introduce the personalities for which each variation was composed, right before it was performed.

But today my love affair with Nimrod was renewed. Because of the narration before, I did not realize that the previous movement W.N. (Winifred Norbury) goes right into Nimrod without a break.

At the concert, Osmo Vanska had the first violins so quiet at the end of W.N. that I was wondering when it would end. It had me on the edge of my seat… they were molto pianissimo, but they never stopped. And then the gentle strains of Nimrod began. The hair on my arms stood up and it brought a smile to my face. Magnifico!

After the concert we had dessert from Edwards Dessert Kitchen, who will be serving desserts in the hall foyer for the season 😋 By spending $10 at their stand I also got copy of the Minnesota Orchestra Mahler 1 CD. It came in a very nice (and environmentally friendly!) card-stock case. I’m glad some people still deem the compact disc as a valuable form of media for music. It has yet to be improved upon!

Osmo Vanska was signing copies of the CDs after the concert. I complimented him on the transition from Winifred to Nimrod and how it brought a tear to my eye. He thanked me in his thick Finnish accent, and signed the cover of the case. What a night!

My orchestra experience got to extend into the next day as I soaked in Mahler’s First in the car while on an errand.

I know most football fans would not find the orchestra as fulfilling as a solid 42-0 routing of an opponent, but I’d like to know what events give you similar gratification. Post a comment below, I’m always looking for new avenues to explore.