In 2011 my family and I took a vacation to Three Lakes, Wisconsin (near Rhinelander). While I was there I was able to take my new mountain bike out for a spin at the Anvil Trails. 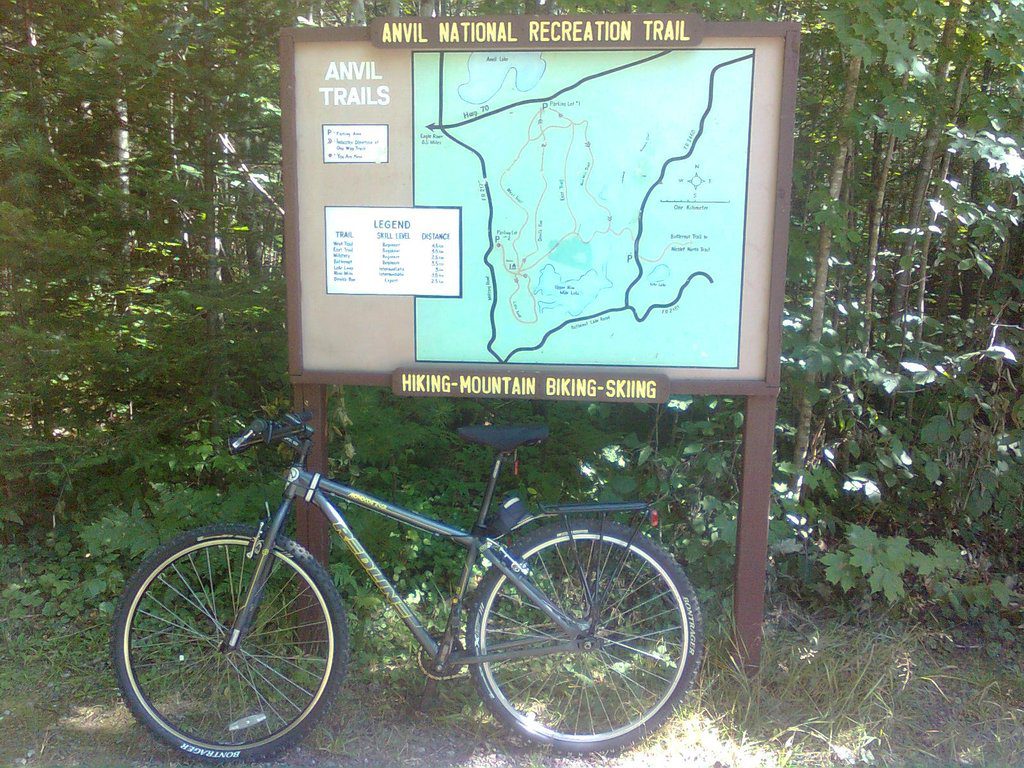 I love the simplicity of my Redline 29er. Single speed – just pedal. No suspension, which helps keep the cost and maintenance down. I’d had it on other trails in Minnesota before, but this one had me thinking twice about no suspension. Much of the trail consisted of forest bottom beneath pine trees. There was a good layer of pine needles, but beneath that was thousands of roots crawling on the surface. Riding over them at speed felt a little like this:

After that, I told myself I’d buy a front suspension fork.

I looked and looked, created spreadsheets, compared weights and prices (and price per weight). The hardest part was finding a fork that didn’t require me to switch to disc brakes. After expanding my search, I found what I was looking for on eBay 😬

It’s hard to admit, but sometimes Chinese knock-offs wind up serving markets that Americans never thought of. I bought a Spinner mountain bike fork off of eBay. Everything about it screams Rock Shox knockoff including the fact that is weighs only 1480g. Other OEM fork brands like Suntour often weigh twice that. I tried a Suntour fork briefly, but it was soooo heavy that it entirely changed the way the bike handled and behaved.

Spinner offered something that that the light-weight Rock Shox forks don’t: brake mounting posts for v-brakes. When I got back into cycling, linear pull “v-brakes” were the norm. They are so much better than the caliper brakes of yester-year that I don’t feel the need to upgrade to disc brakes. I’m sure the many bike-riding Chinese find v-brakes to be equally adequate, cheaper to maintain, and the suspension welcome on poor roads.

It came with a remote lockout – a switch mounted on my handle bars that I can flip to lock the suspension to be rigid, or to be like normal suspension. I keep it locked for the road, and turn the suspension on as needed. 🚵