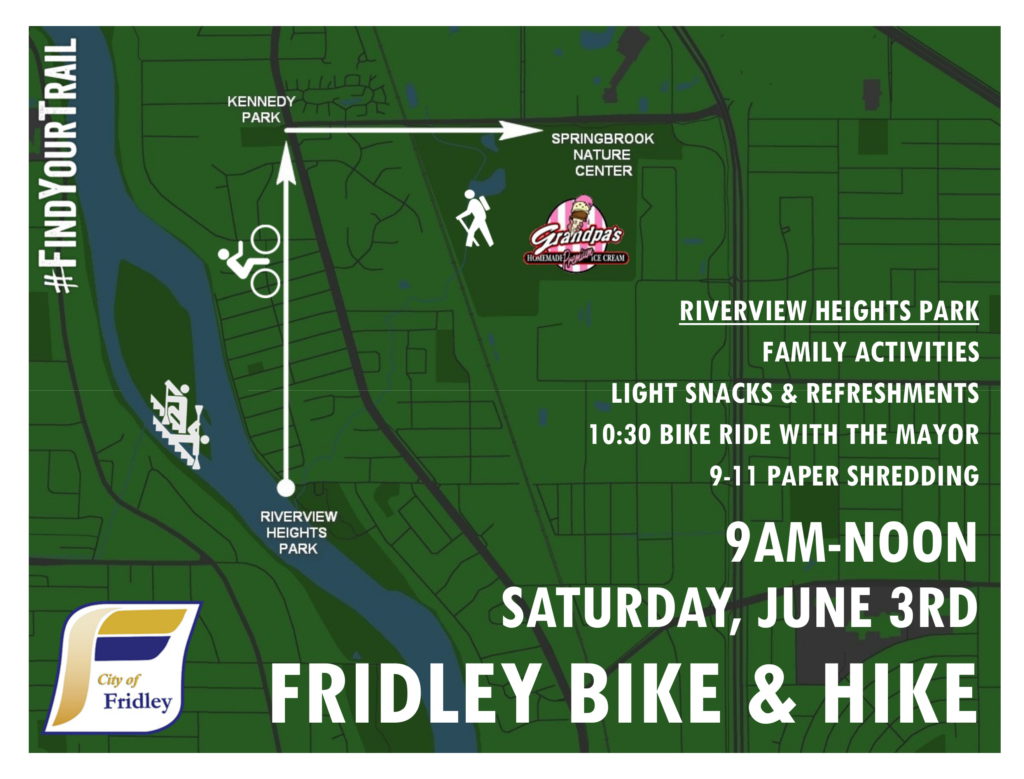 Normally I write about these rides before they happen, but this year we went old school. We printed over 1,000 of the flyer above and distributed them through Fridley’s elementary schools. I was excited to see it on the front of the take-home packet when my son brought it home. 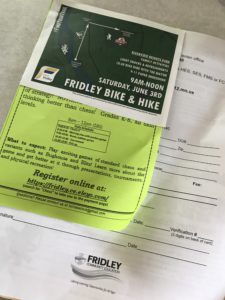 Jules was very excited to go this year as he recently learned to ride and it’s quickly become his favorite thing to do. He is getting a bike for his birthday, which we graciously let him have early for this ride. 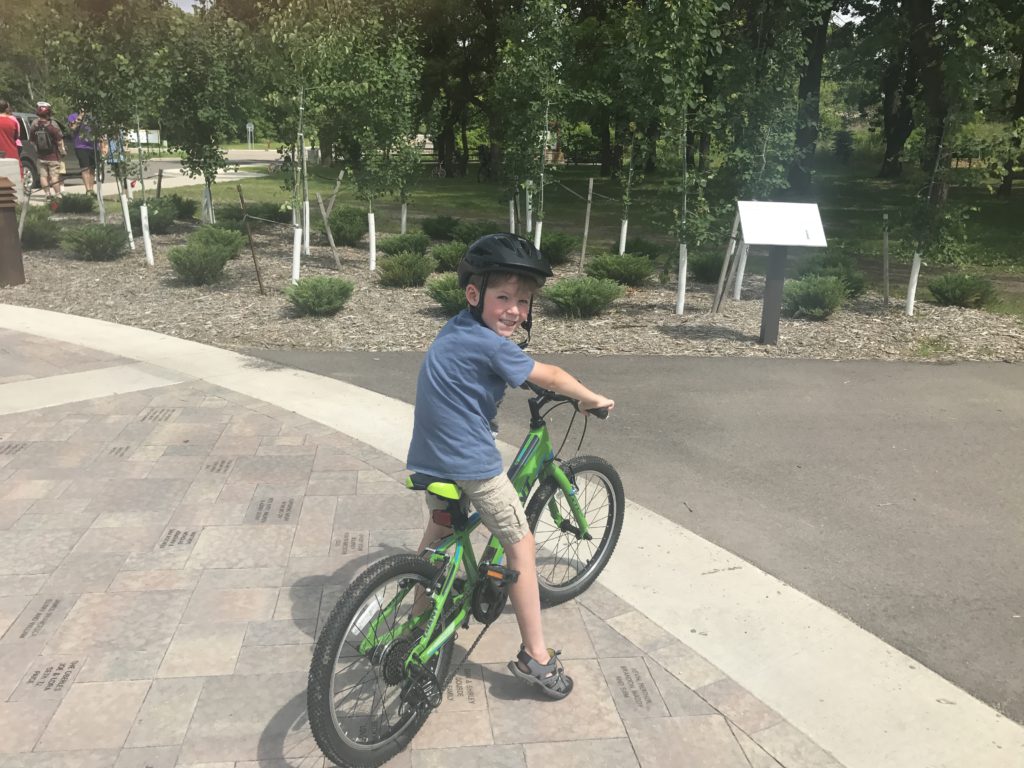 Since our flyer was going out at elementary schools, we wanted the distance to be easy and fun. We started at Riverview Heights Park and rode an easy 1.8 miles to Springbrook Nature Center. There, we invited Grandpa’s Ice Cream for a post-ride reward on a hot day. Here’s the route from Strava:

The best part about the ride was that we got to ride with Mayor Lund. Not only did he go on the ride with us, he rode his bike from his home (near the new City Hall) to Riverview Heights Park, Springbrook Nature Center, and back home. He put in more bike-miles that day than I did!

The ride took us through my favorite Fridley neighborhood, Riverview Heights. It’s right along the Mississippi river and several of the houses were built before the city was incorporated in 1949. According to the Mayor, they were likely homes for railroad workers or commuters that took the train into the city.

Then we went into Coon Rapids shortly to get up to 85th Ave NW where Springbrook is located. Big shout-out to my fellow Fridley Environmental Quality and Energy commissioner, Mark Hansen. His work at the City of Coon Rapids was instrumental in getting a bike path built on the south side of 85th Ave NW. It’s a county road, so I fully understand the political maze that needed to be navigated. It’s a valuable connection from the neighborhood’s west of Springbrook to the park and shops east of there.