Bicycle tire tubes are the most prolific piece of trash that is generated by the bicycling industry. Luckily it’s nowhere near the poundage of old car tire waste out there. Still because it’s the thing most often replaced on a bike, people have found several clever ways to use punctured tubes instead of putting them in the landfill.

I like to keep one in my bike trunk bag for carrying things. I use the tube as a shoulder belt to strap things to my back. I’ve used them to carry a shovel, a pole saw, and most recently: snowshoes.

I used one in January to go snowshoeing at my local nature center: 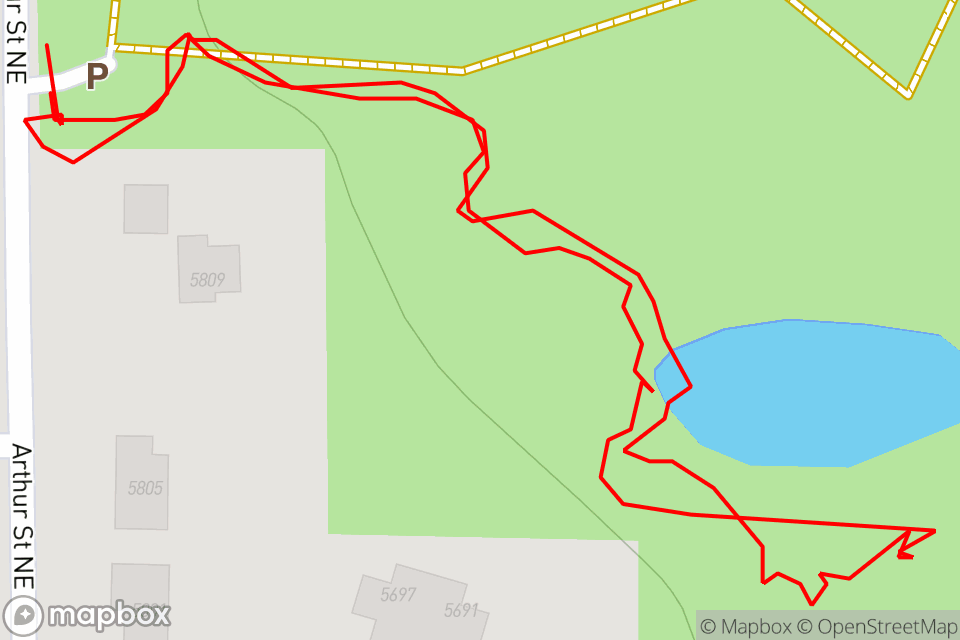 Went to Innsbruck Nature Center… Honestly didn't need snowshoes – the trail was already hard-packed from hikers. Was good to venture off of the trail however. Tested out my SCX24 RC Crawler 😎

Fastening one end of any object is simple, go around the object(s) and loop the tube back through itself to to create a cow hitch.

You can only create a cow hitch on one end. On the other end I use a cheap carabiner (that I also keep in my trunk bag) as a link to fasten it similarly.

Then I sling it over my shoulder and head on my way. I keep a couple different sized punctured bike tubes in the garage. You’ll find that some are too loose and others are too tight, depending on what you’re trying to carry. Experiment with sizes and then put the most versatile one in your trunk bag for ad-hoc trips.