The state of Minnesota defines our waste hierarchy as: 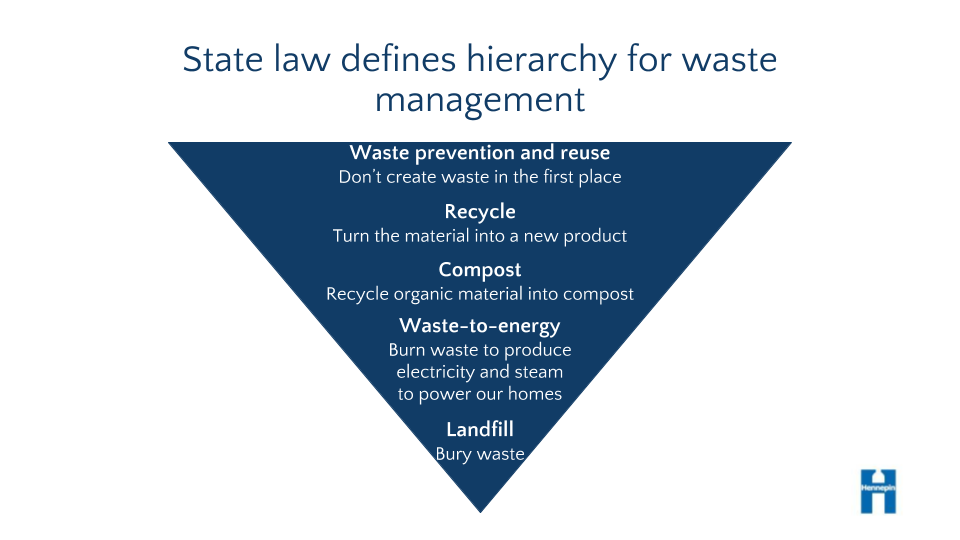 I wrote about recycling, and composting, and I recently visited the local waste-to-energy (WTE) facility to complete the picture of the garbage lifecycle. If you live in or near Minneapolis, there’s a place called the Hennepin Energy Recovery Center (the HERC). It’s downtown, right next to Target Field. In the winter, the amount of steam it produces in the cold, still air makes it look like a cloud factory. 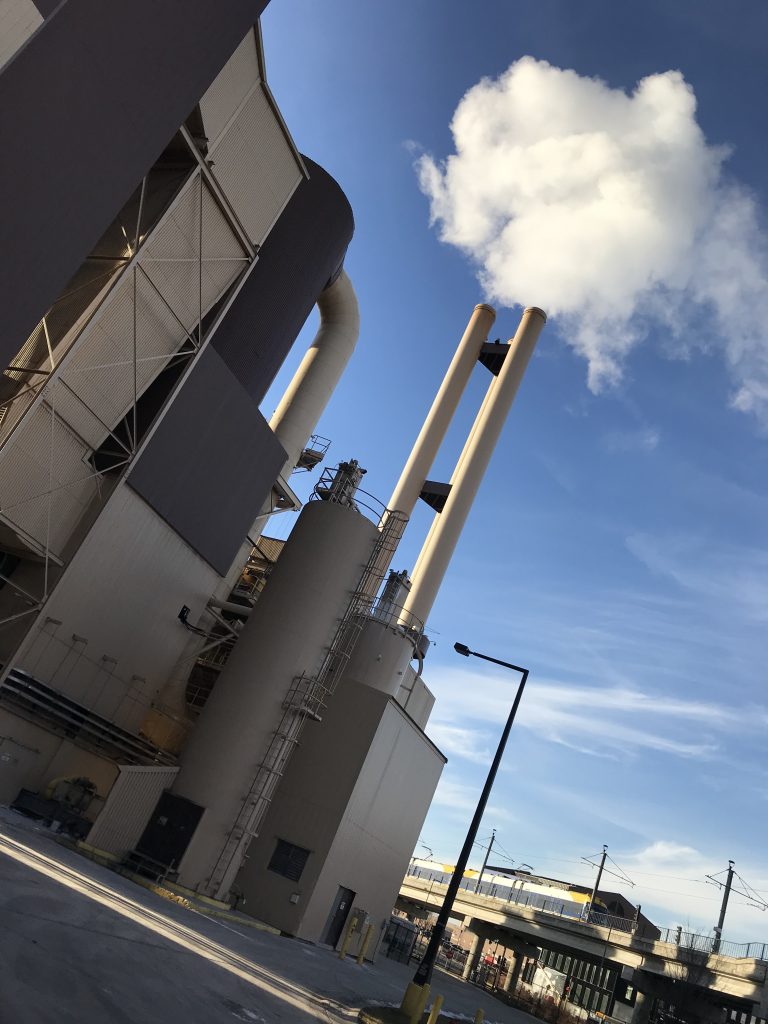 I toured the facility to see what it’s all about. To begin, this facility is not without controversy. The Sierra Club tried to shut it down recently.

Burning trash doesn’t sound like a great idea. Ever put styrofoam into a campfire? Noxious fumes! But the HERC burns trash at much hotter temperatures – 2000°F. Also, more than half of the facility is dedicated to cleaning the exhaust from the burn – after it has turned the heat into power.

Here’s what it looks like in the belly of the beast:

The alternative to a facility like the HERC is landfill. But even landfills that capture their gas emissions, called Landfill Gas to Energy (LFGTE), produce more emissions on all accounts: 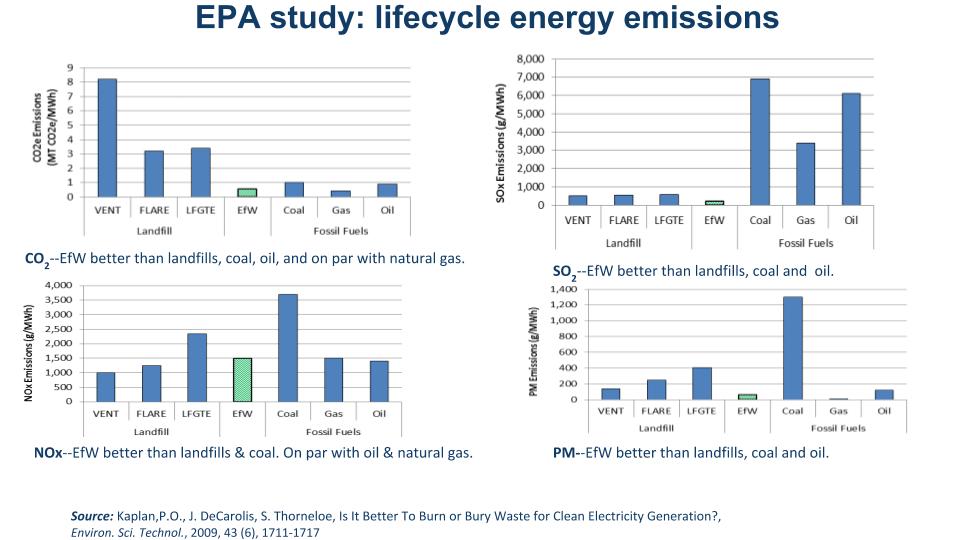 So we’re good on emissions and particulates compared to the alternatives. What about the leftover ash? It still needs to be landfilled, but it occupies 90% less space than the trash that went in. The ash, while it does require a special type of landfill, surprisingly is much cleaner than you’d think. Landfills are frequently tested via leachate – collecting water that has traveled through the material, and testing it for toxins.

Just the clarity of the ash leachate compared to that from a regular landfill is incredible: 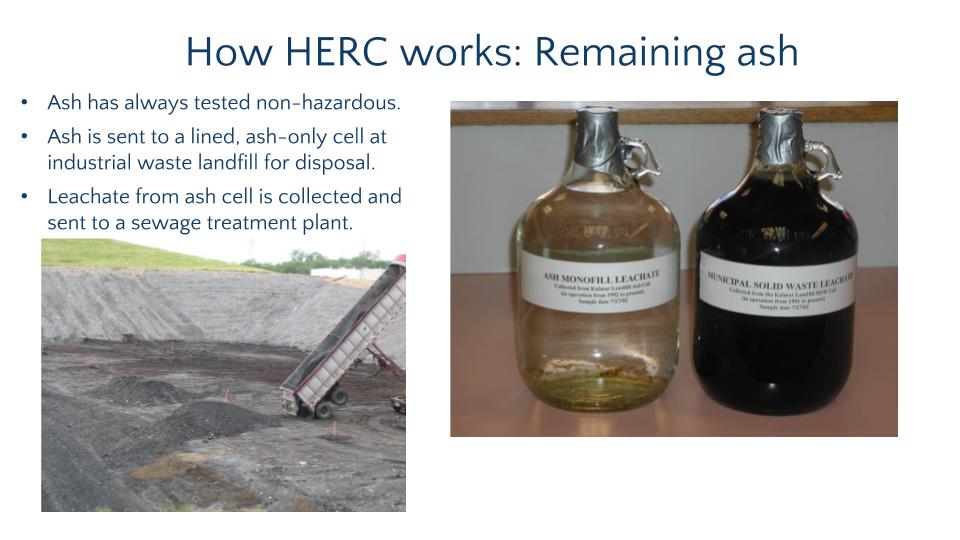 Waste-to-energy is listed as #68 in Drawdown – and basically describes it as a “net zero” effect – not really good or bad, but better than the alternatives (as we’ve shown here). WTE is 2nd-to-last on the hierarchy of trash for a reason – we need to do what we can to reduce what is sent to the HERC. Even if it is turning our trash to energy, it is running at capacity. Sadly, another waste-to-energy facility in Elk River, MN recently closed. This is where many northern suburbs trash went, and it’s also where the HERC would send overflow when they were at capacity. Now any extra trash will wind up in the landfill.

Doing as much as we can upstream will help – Reuse, Recycle, and Compost. Then we need to political will to keep places like Great River Energy in Elk River open – or we may just end up like this…