I recently took a trip to Scotland. I didn’t plan ahead to add international calling because I thought I could disconnect for a week. Sometimes the world has other plans.

After landing in Glasgow I turned on airplane mode and left wi-fi enabled. Not surprisingly, I received a couple iMessage texts from some of the Minnesota Brass staff.

What did surprise me is that I was able to send and receive regular text messages as well. I wondered if it was because I had enabled Wi-Fi calling. My suspicion was confirmed after I enabled it on my wife’s phone and text messages came pouring in 😩

Wi-Fi calling to the rescue

BA is an excellent example of a company that has automated too many things. Our flight from Glasgow to London got moved by 20 minutes. We received an email stating that it had moved and if everything was OK, no action was required. Behind the scenes the automated systems at British Airways determined that the time to make the connecting flight was no longer sufficient and automatically canceled our return trip (without notification).

We tried to remedy this by walking over to talk to the BA baggage and ticketing agents directly at the Glasgow airport. But they’re just contracted workers that can check in luggage, they can’t do anything when it comes to reservations. The only option was to call.

We spent 4-hours on the phone calling and re-calling British Airways to remedy the situation. Calls of course were routed to their call center in India where it was extremely difficult to get through (usually a 20-30 minute hold time) and once we got through they were very eager to get us off the phone, stating that “the team is working on it.”

The fastest way I got through was to call American Airlines once they were open (who was the US partner for London -> Chicago). Then I gave them my ticket number and they transferred me to the BA support line, and somehow I was magically at the front of the BA support queue.

Ultimately half of our party got home on the original flight, and the other half had to stay an extra day.

For iPhone, WiFi calling is available on every major carrier. Turn it on under phone settings:

Once it’s enabled you’ll see a “<Carrier> Wi-Fi” message at the top when you’ve got a good wifi connection.

When making calls over wifi with your cellular service off, it will be like you’re dialing from home. No need to dial any extra country code stuff. Just mind the timezone differences 😎

Mobile Phones. They’ve revolutionized the way we communicate, the way we ignore people around us in real life, and the way we attempt to kill each other while driving.

Before number portability came along, the turnover rate between providers was a hefty 25%. People would change their providers (and consequently their phone number) whenever a bigger better deal came along. Or they simply wanted to try out another provider because their current one is run, owned, and staffed by jerks, only to find out their new provider is run, owned, and staffed by jerks.

The phone numbers were ditched and quickly recycled for new customers. This was a major factor in the number of wrong number calls, voicemails, and text messages in the 2000s.

The normal experience of activating a new mobile phone and number would be:

This used to be the norm with land lines as well, but it was because the phone company was knowingly selling your new phone number to marketing partners. In the early days of mobile phones, marketers were hesitant to call mobile numbers because they would potentially be liable for using up valuable minutes in your calling plan. I wish this were still an issue.

I’ve received some weird voice mails over the years. Some I’ve tried to save, but if you don’t listen to them after a while some providers would forcibly delete the messages. Did I mention the cell phone companies are jerks? Then texting came along, which made it much easier to archive such wrong number gems like this transcript from 1/29/07:

Feel free to contact that number. It’s probably not Armando anymore. They may be delighted to get a cryptic message from you though. Experience has taught me that anything revolving a break-up makes for the most memorable wrong number voice mails and texts.

After number portability, people would keep their numbers. Unless you were trying to get someone to stop calling you – like a creditor. I got a new number when I moved to a new area code (so I could blend in). My recycled number was previously owned by a guy named Mike. At first I got a lot of calls for Mike. They all seemed kind of nervous. Maybe Mike was a drug dealer.

Then I started getting calls from creditors looking for Mike. One guy was a bit more inquisitive – he had the intuition of a repo man. I told him straight up that I’m not Mike, Mike doesn’t live with me, and that I don’t know Mike. He asked me those questions twice to listen for any wavering in my voice. I didn’t get many calls for Mike after that 😎

Sometimes people just make honest mistakes. I sincerely hope that this woman got a hold of whoever she set out to contact. It sounds like there may be an issue with the toilet: 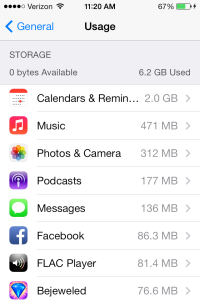 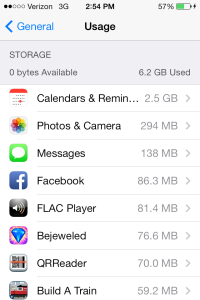