This is a response to my position (and the resultant comments) on 61st Ave in Fridley and the crash that happened there in November, 2017. As politics seem to go these days I was labeled as “a liberal taking advantage of the tragedy to get bike lanes added.” So let’s talk about local politics… there is no need for partisan rhetoric in regards to local issues. I won’t even use the phrase bi-partisan because “bi” means two and putting people entirely into one of two different boxes is both unfair and unreasonable. Local politics do not cover divisive issues like health care, same-sex marriage, abortion, etc. We’re talking about roads and schools, parks and plows.

But to placate John, let’s talk about a conservative approach to the problem with 61st by visiting my favorite street in Fridley, Oakwood Manor. If you ever want to visit either and compare, here they both are on a map: 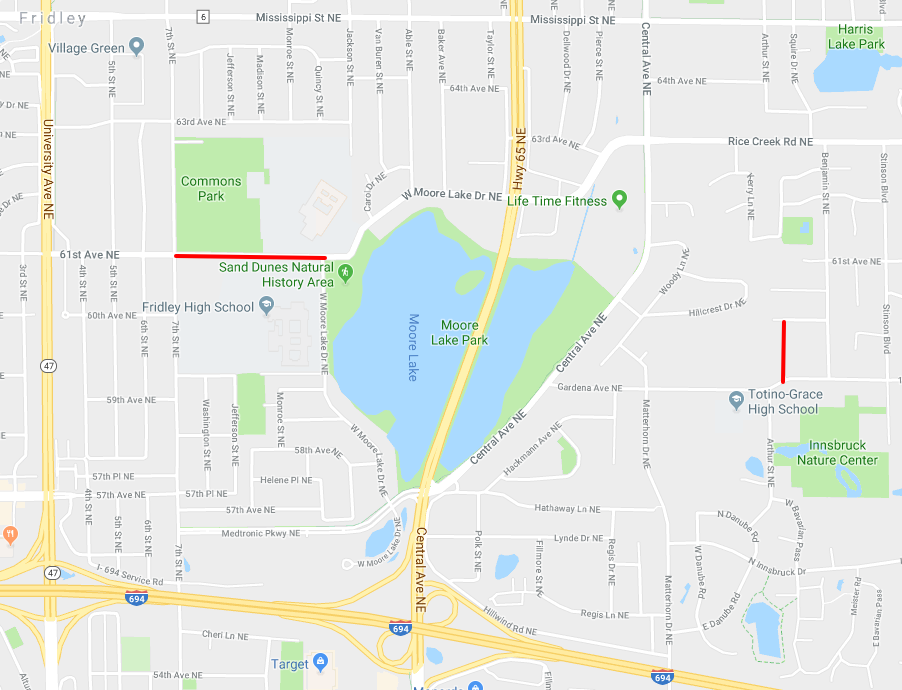 A Trip Down Oakwood Manor

Oakwood Manor sounds fancy, like you’d expect mansions, or at least McMansions out here in the burbs. But it’s the same types of homes you’ll find everywhere else in town. What is striking about Oakwood Manor is the road width: 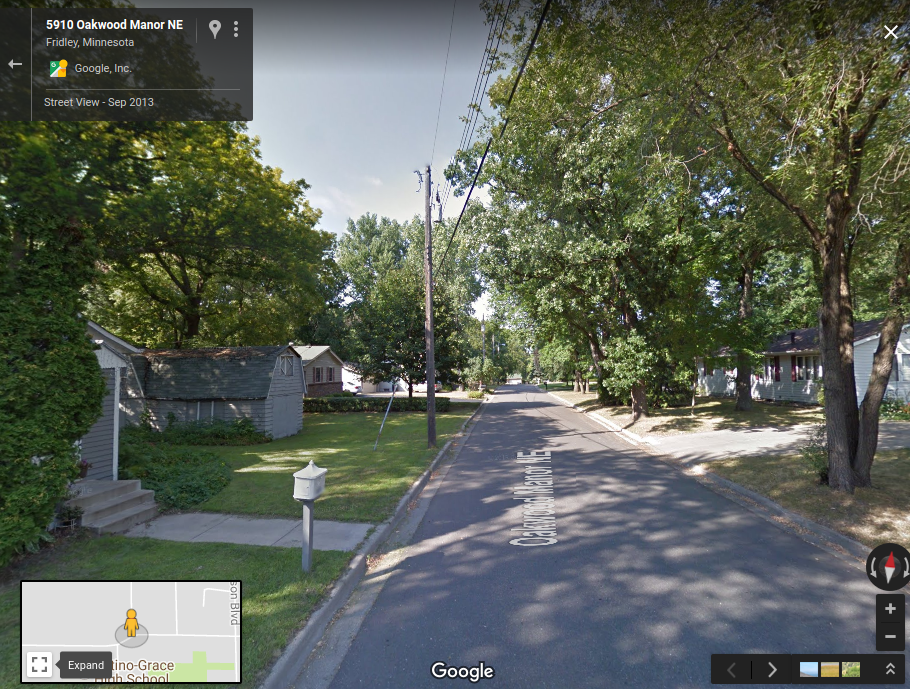 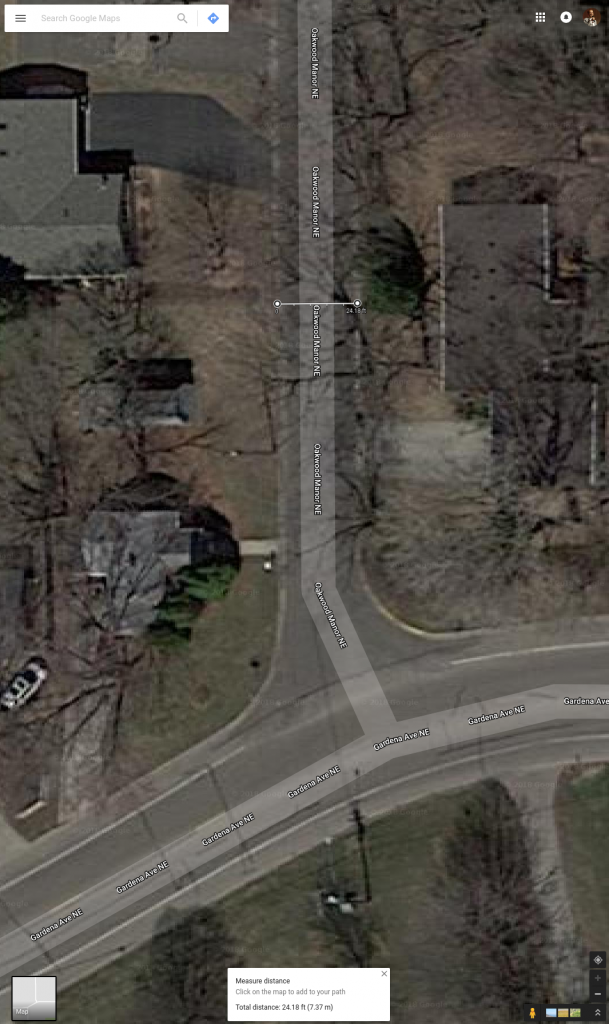 I can’t find any information in the City Code that would disallow a road this narrow. But according to the zoning glossary, it could be considered an alley because it’s less than 30 feet wide.

61st Avenue on the other hand is 24 feet just for the travel lanes: 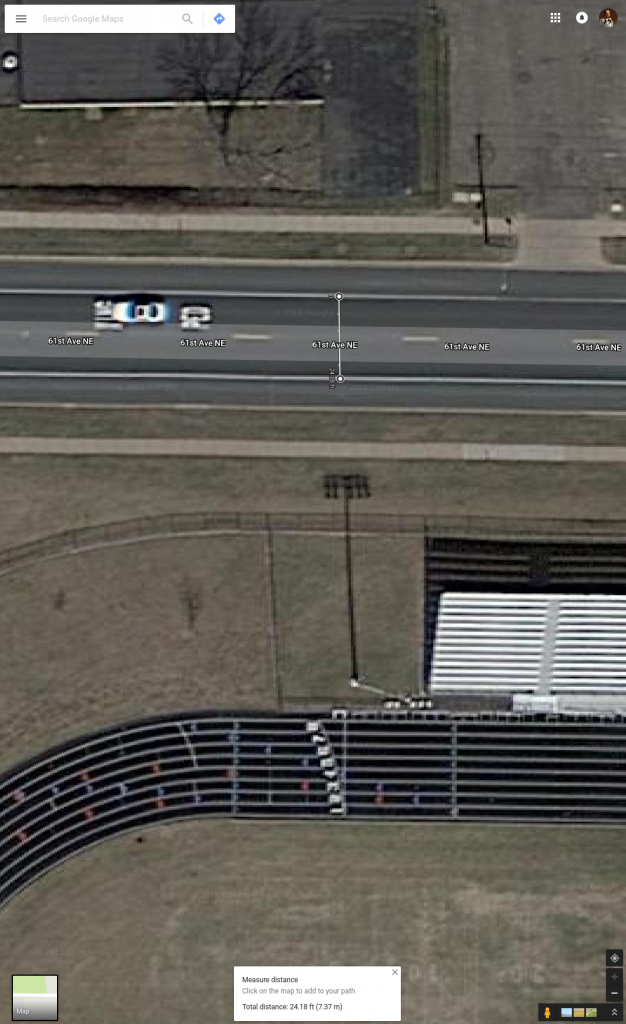 But what if 61st Avenue was narrowed to better reflect that it is adjacent to two parks, the middle school, the high school, and the community center? It could look like Oakwood Manor. Here’s what Oakwood looked like on a spring day in 2018. There’s a car parked on the street and someone is walking in the street. 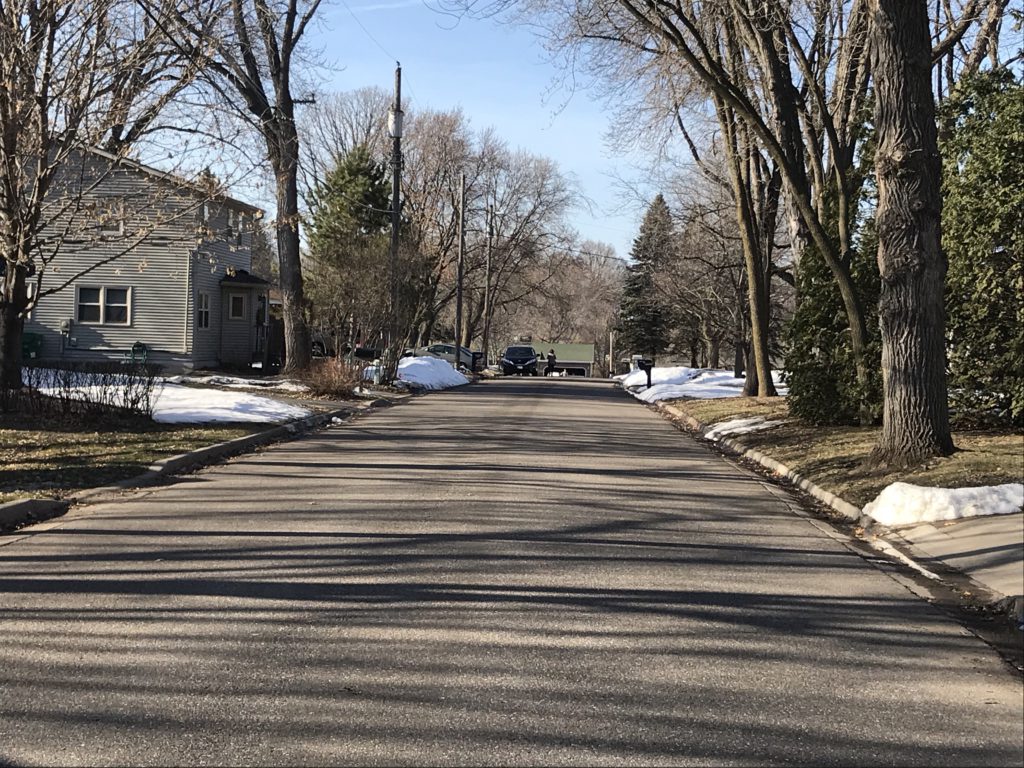 The 24-foot width doesn’t prevent on-street parking, it actually helps. It will simply narrow the road further which will create a more constrained environment – one in which drivers will instinctively slow down. The best part? This road will cost much less both to construct and maintain.

Why is going smaller never an option? Let’s put the “conserve” back into conservatism and try something bold like this. You won’t have residents complaining that you’re taking away from their property for the right-of-way, you’d be giving them more! 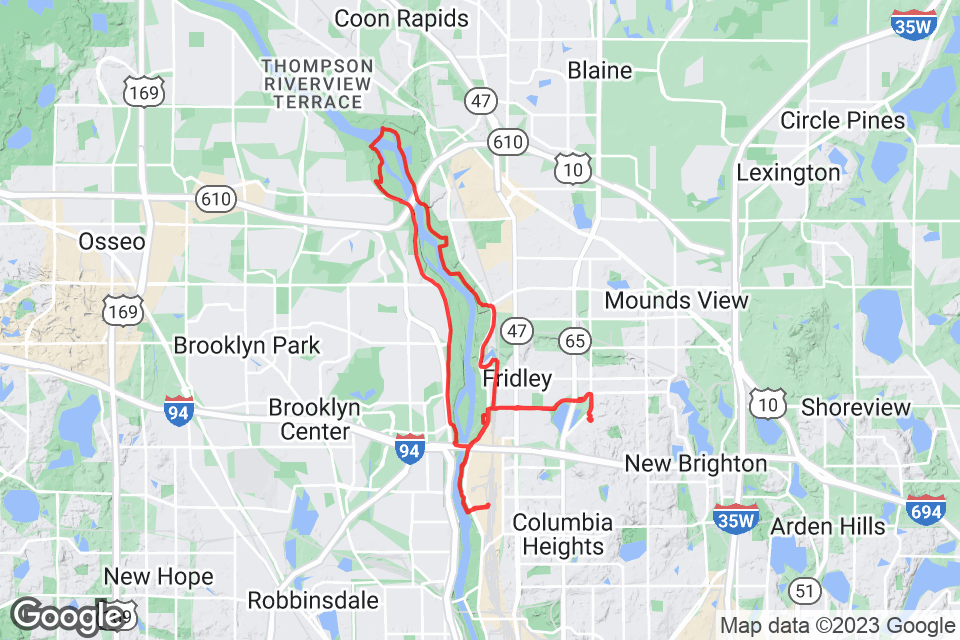