Jessi got me a GoPro for Christmas a year or so back. I think it was one of those “what do you get for the guy that has everything?” moments. It was quite a surprise and I asked myself what I would use it for at that moment. So I thought I’d reflect on what I have used it for, and what I have yet to use it for.

Jessi got me the entry level “White” GoPro 3. Anything more than this would have been overkill for me. Wi-Fi? Check. 1080p? Check. Even as one of the least expensive models, the GoPro model quickly became clear to me: you’ll almost spend as much on accessories as you did on the camera.

Accessories: where did all my money go?

Here’s a list of all the things I’ve added to my camera:

That’s $180 alone in accessories. It reminds me of an old bicycle poem found in Grant Peterson’s Just Ride (Ch. 5 – Accessories):

Hey, diddle, diddle,
The bicycle riddle-
The strangest part of the deal.
Just keep your accounts
And add the amounts
The “sundries” cost more than the wheel.

I haven’t purchased the LCD screen “BacPac” – that would definitely put the cost of the accessories over that of the camera. Instead I use the Wi-Fi and the GoPro app on my phone to preview the picture.

After debating between an extra set of mounts and a head-strap, I went with the extra mounts. To substitute for the head-strap, I made a GoPro hat: 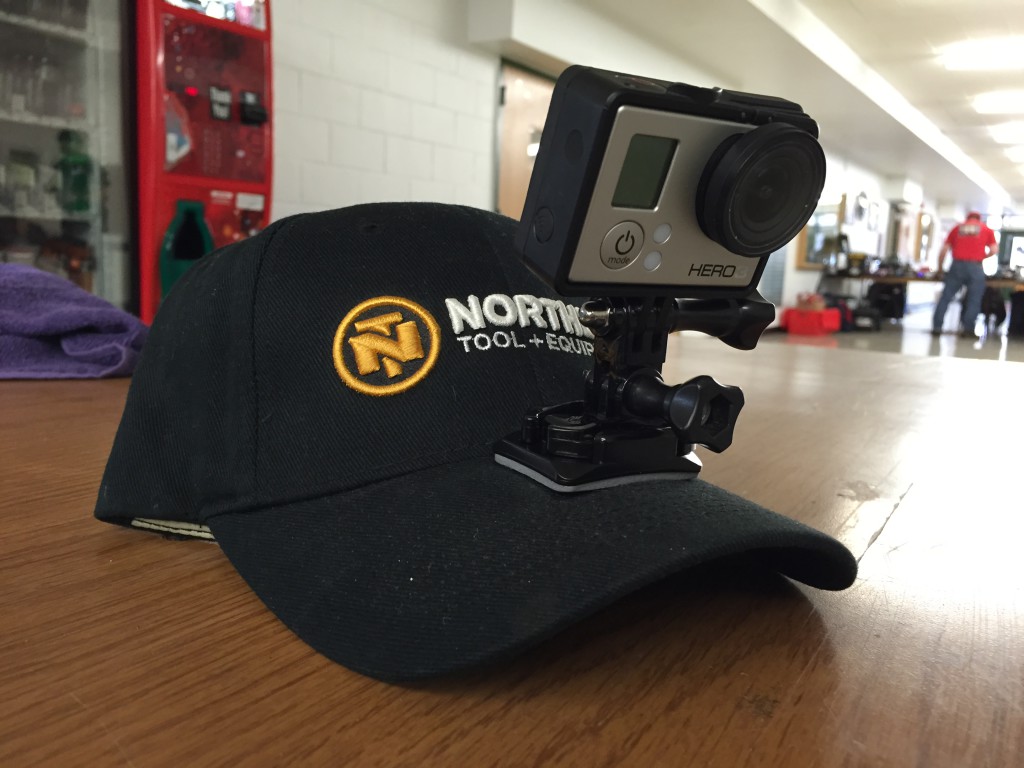 I affixed a curved mount to the brim of a baseball cap. The mounts have some pretty awesome 3M double-stick tape. I stuck it onto a black hat I got for free at the Minnesota State Fair. Boom, instant head mount.

I’ve used the GoPro to record drum corps rehearsals (with an external mic for better audio). That’s how I found out my camera induced noise into the audio stream when using an external mic with Wi-Fi on.

My camera also had a problem where it would lock up when I connected it via HDMI to my TV. The support team at GoPro couldn’t help me on that, but when I returned my camera to fix the Wi-Fi/audio issue, the HDMI lock-up problem mysteriously went away as well. I suspect there are a few hundred early revisions of the GoPro 3 White hardware floating around out there with these same issues.

So what is it good for? 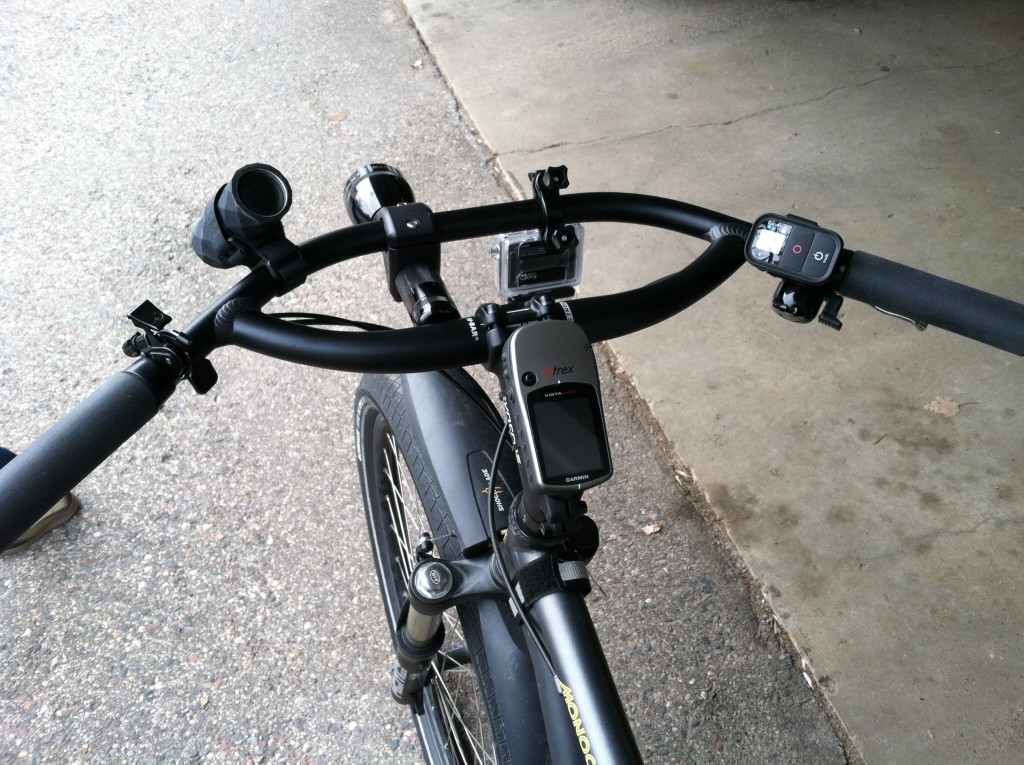 I’ve used it as a point and shoot camera in a pinch, although the fish-eye effect needs to be removed: 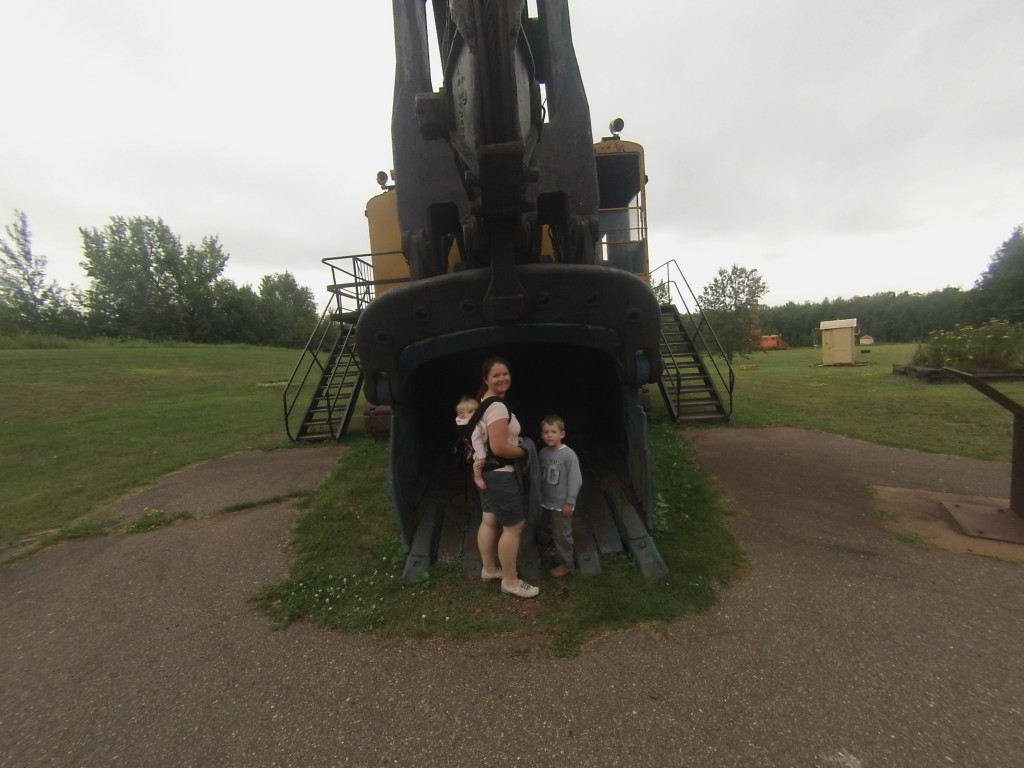 I strapped it onto an ATV at our Family Reunion:

I used the “GoPro Hat” to document my R/C racing exploits:

I even put a camera in Jules’ R/C car once just for fun:

I also put the camera on my dad’s Lionel train set after getting it up and running. I forgot how much sparks that thing makes (fun)!

Sometime I’m going to put a GoPro on my sport kite, but I worry it would be too dizzying:

I’ll eventually put it in an R/C plane or a multi-rotor copter and try some first person view (FPV) flying, but I need to learn to fly first 🙂 Until then, I’ll just use it whenever the mood strikes. 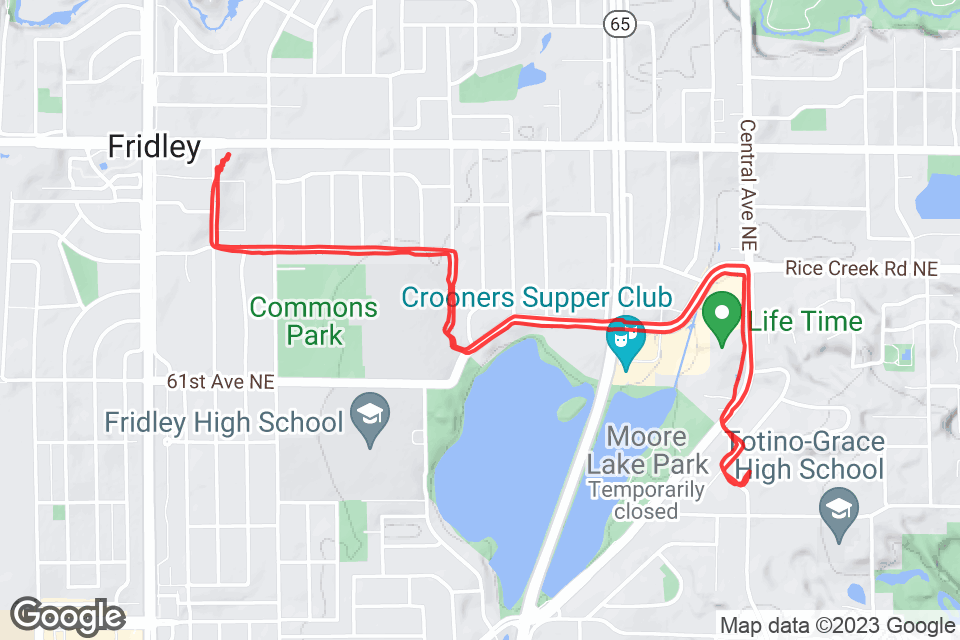