I thought about posting this to streets.mn as part of their Bike To Work Week series. But I’m going to go beyond their editorial policy and name names. These terrible drivers need to be outed to their neighbors and peers. So here it is, my own Bike To Work Week Wall of Shame.

Normally my commute just consists of me walking down the stairs to my office.

But there were plenty of other trips to be taken during Bike to Work Week that I consider commutes – whether they were to school, the grocery store, or piano lessons. Here are some of the speed bumps I encountered on the way.

In early May I rode with my son to and from school. They were make-up days for the mid-April blizzard that interfered with our 30 days of biking plans. On the way to school I noticed a guy on our route taking the plow off of the front of his truck. He obviously plowed driveways with his vehicle in the winter.

On the way home from dropping Jules at school, I was traveling on Able Street southbound in Fridley. As I approached West Moore Lake Drive I noticed that the plow guy was now in his truck, waiting to turn right on Able Street. Here is my route in blue and his route in red: 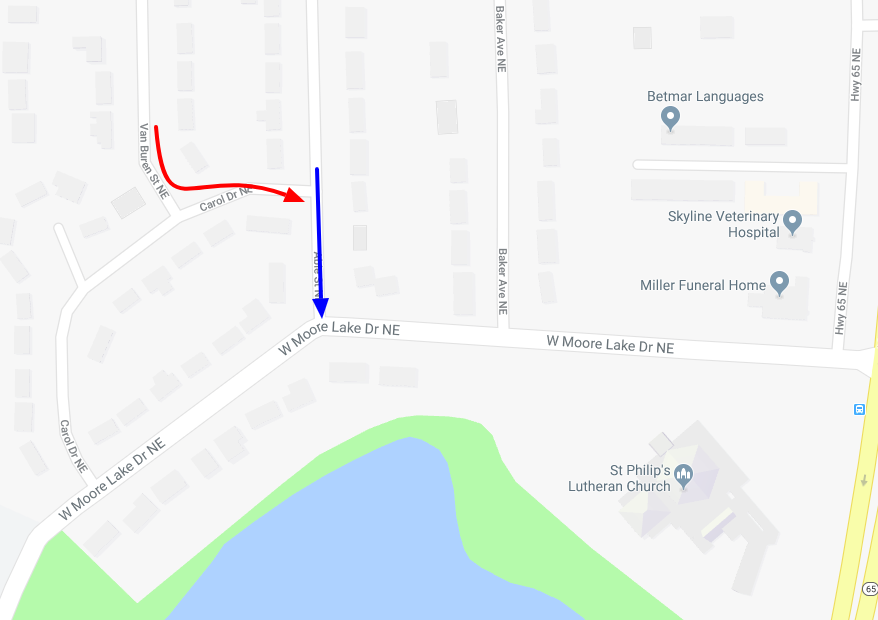 He waited for me to pass – I had the right of way. But I could tell he was already impatient. He was one of those drivers that never fully stops on a right turn. His truck just kept rolling. I wondered had slowed down, if we would have simply crashed there in slow motion.

I kept on, and he pulled behind me. Sensing his impatience ahead of time, I took the lane (near the middle of the road) because in 200 feet I’d be turning left on Moore Lake Drive and then on to the shoulder where quick-tempered drivers like him could safely pass.

At one point I believe he actually tried to pass me on the left in the 200 feet from Carol Drive to Moore Lake Drive – I didn’t look back, I was busy pedaling hard so he wouldn’t run me over and kill me.

Once on Moore Lake Drive, I went to the shoulder and he shouted some unintelligible curse-laden something-or-other about “cars” (that’s all I could make out).

What could I do? It clearly was harassment. Remember how I saw him taking off his plow? With a little research I found his business, Greenmakers Lawn Care & Landscaping, which has a commercially driven vehicle – the very truck he was harassing me with. So I filed a complaint with MnDOT. Let me tell you how good it felt to hit submit on that form. If you’re ever harassed by a commercial driver you should use this tool.

To my surprise MnDOT actually called me on the phone to speak about the incident before they followed up with the driver. 💯

The next story is from the other side on East Moore Lake Drive. I’ve complained about this road before because 1) it needs a road redesign and 2) I was almost right hooked there. This will make two near right-hooks.

I frequently ride in the road on E. Moore Lake Drive. There is a bike trail on this stretch, but it is in such terrible shape that it will rattle your brain loose. I’ll take the ultra-smooth road, plus there’s an extra lane here that doesn’t get much use.

On this particular day I was riding with my son to piano lessons. Thank God I took the lead here. This woman who was going to the strip mall crossed right in front of us. I swear if I leaned over the handlebars I would have been able to touch her car.

I decided to take action and follow her for a chat. “Can you do that?” my son asked. “Watch me.”

I pulled up behind her car and snapped this photo just as she got out: 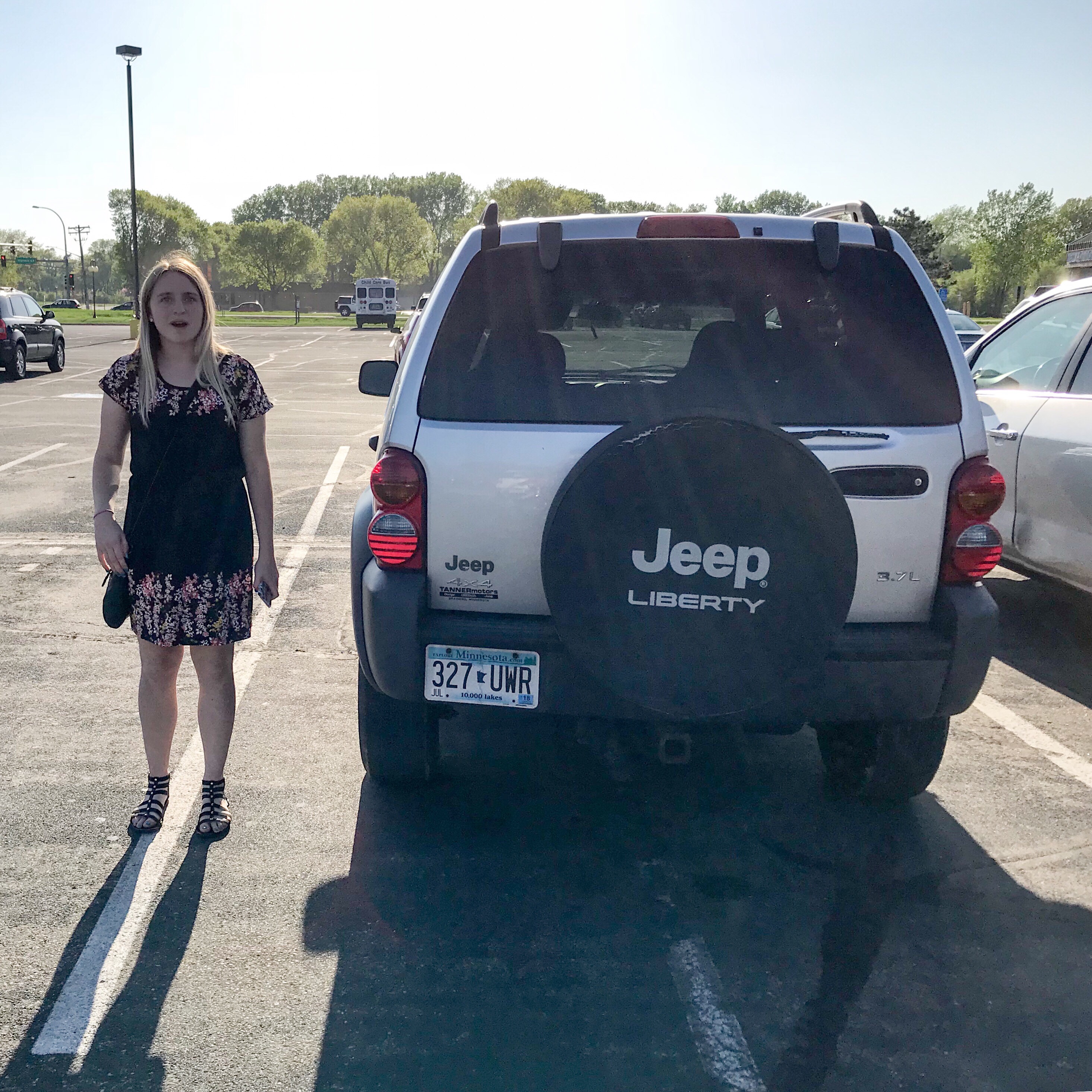 I told her that she pulled right in front of us almost causing a crash. I reminded her that we had the right of way and that she can’t turn in front of us from the left lane, cutting us off. Then I gave her a chance to reply by asking “What were you thinking?!?”

She replied as she gestured to the phone in her hand.

So this is what it’s come to. We’re all going to get run over by idiots who can’t take their face off of a screen for even the shortest of drives. Be safe out there everyone – stay vigilant and get home safe! 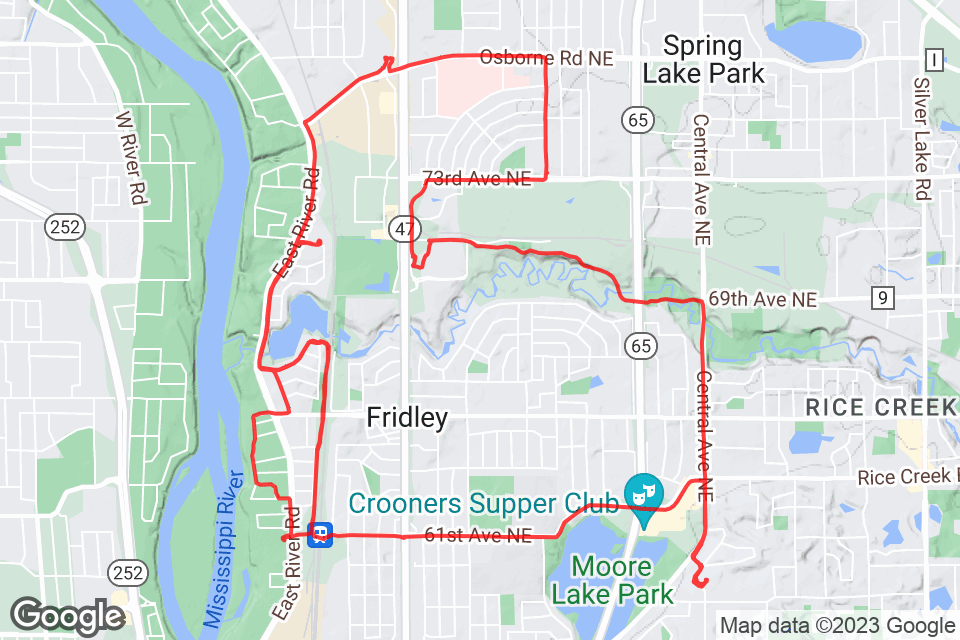