I had the opportunity to represent my city’s “Active Transportation” group in the 2013 Fridley 49er Days parade. We were parading under the auspices of getting around Fridley using non-motorized transportation.

I was disappointed in the turnout of or group. We had some great volunteers from the Fridley Senior Program walking with signs and banners. However my family and neighbors were the only representatives on bicycles. So if I didn’t show up (or recruit my neighbors), the parade unit would have been almost non-existent.

I was starting to get the feeling that here in Fridley, we’re all still stuck in our cars and could care less about weirdos that walk to the store or ride bikes to work.

Our group was promoting “share the road.” We were given handout materials from sharetheroadmn.org and carrying a banner promoting the phrase. My only problem with it is the “Share the Road” campaign is brought to you by MnDOT (the aforementioned web address redirects to dot.state.mn.us/sharetheroad/). Most pedestrians and cyclists would agree that MnDOT is the worst single offender when it comes to government agencies that consistently promote driving above all transit modes.

The banner read “Stop for pedestrians at every corner.”

Then the back side (which wasn’t prominently visible) asks walkers to “look again before you cross.” My emphasis added because you never know when you’ll be run down by someone speeding in a SUV while updating their facebook status on their phone.

This two-sided banner assumes that there’s some sort of give-and-take between drivers and pedestrians. But MnDOT just takes and takes until there’s no walking infrastructure left.

At one point a resident watching the parade (who didn’t see the back of the banner) said “well, it would be nice if they [pedestrians] would look out for us [cars] before stepping into the intersection.” I inferred cars & pedestrians because she distinctly used the verb step. She should be a spokesperson for MnDOT.

Then on my way home I was cut-off (almost right hooked) by a car speeding to get into the Lifetime Fitness parking lot on E. Moore Lake Dr. before I crossed the intersection (with my son on the bike and my wife and infant daughter close behind).

All of this has just led me to believe that Fridley’s residents are simply not ready to admit the Suburban Experiment is coming to an end. Or are they?

A Ray of Hope

Thankfully our forward thinking Fridley City Council unanimously adopted the 2013 Active Transportation Plan. It’s not a law (yarr – they be more like “guidelines”) – but I hope when the next re-striping or re-paving project comes along, the city will do it’s best to accommodate those outside of automobiles since it’s good for health, and good for the economy. But it is incumbent upon city officials to act. A plan is just a plan until it’s put into action. Looking at the previous 1975 Bikeway / Walkway Systems Plan (adopted two years before I was born), it’s obvious that the city is still struggling with some of those same issues. 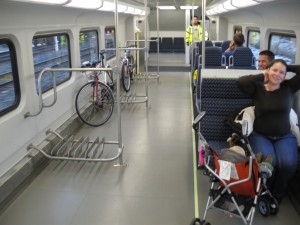 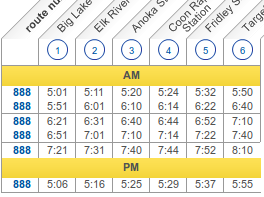 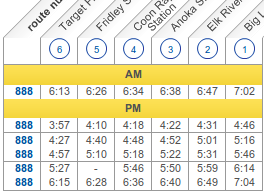